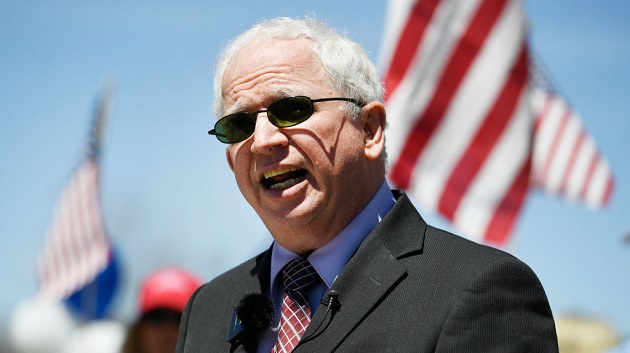 (NEW YORK) — John Eastman, Donald Trump’s former lawyer, urged Pennsylvania lawmakers to sow doubt in the 2020 election and even suggested throwing out absentee ballots so Trump could take the lead in the state, according to emails obtained by ABC News and sent to the Jan. 6 committee by the Colorado Ethics Institute.

“For example, depending on how many ballots were counted that were received after the statutory deadline (say 10,000 for example’s purpose), those 10,000 votes need to be discarded, and you can take the absentee ballot ratio for each candidate in the counties were late-received ballots were illegally counted and deduct the pro-rated amount from each candidate’s total,” Eastman wrote to Pennsylvania Republican state Rep. Russ Diamond on Dec. 4, 2020.

“Then, having done that math, you’d be left with a significant Trump lead that would bolster the argument for the Legislature adopting a slate of Trump electors — perfectly within your authority to do anyway, but now bolstered by the untainted popular vote,” he continued. “That would help provide some cover.”

The Colorado Ethics Institute obtained the Eastman emails via a Freedom of Information Act request for Eastman’s communications while he was employed by the University of Colorado-Boulder from August 2020 until May 2021.

The Denver Post first reported on the emails, which were later obtained by ABC News.

Eastman is under investigation by the Jan. 6 committee and a judge recently ruled he must turn over some documents to the committee he had been withholding. He drafted a plan for Trump to cling to power by falsely claiming then-Vice President Mike Pence could reject legitimate electors during the 2020 presidential election.

ABC News reported exclusively that Eastman was recently part of a small group of Trump allies who secured a private meeting in March to try and convince the Republican leader of the Wisconsin state Assembly to decertify Biden’s win.

Eastman was subpoenaed in November 2021 by the congressional committee looking into the Jan. 6 attack on the Capitol. He had been rejecting the panel’s request for documents, claiming attorney-client privilege, until a federal judge ordered most of them turned over.

ABC News’ Will Steakin and Laura Romero contributed to this report.