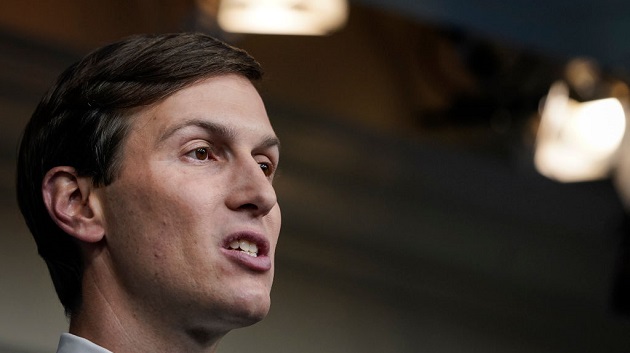 (WASHINGTON) — Jared Kushner, former President Trump’s son-in-law who served as a senior West Wing aide during the Trump administration, is expected to appear voluntarily before the House select committee investigating the Jan. 6 Capitol attack as early as Thursday, according to multiple sources familiar with the plans.

A spokesman for the committee did not respond to a request from ABC News seeking comment on plans to question Kushner, which could be postponed or delayed.

Plans are for Kushner to appear virtually before the panel, according to sources.

Kushner was traveling back to Washington, D.C., from Saudi Arabia on Jan. 6 when the attack on the Capitol began, and did not return to the White House when he landed.

According to ABC News Chief Washington Correspondent Jonathan Karl in his book “Betrayal,” Kushner avoided the White House because he thought he would get in a “fight” with the president, Kushner told a GOP lawmaker one day after the riot.

Kushner’s wife Ivanka was with Trump at the White House that day, and repeatedly tried to get him to help stop the riot at the Capitol, according to Karl. The committee has been negotiating with Ivanka Trump over whether she will cooperate with the panel’s inquiry in recent weeks.

Kushner held a broad portfolio in the White House — covering the federal coronavirus response and Middle Eastern peace efforts — but kept his distance from efforts to challenge and overturn the election results.

But he was still seen as a key figure in the West Wing; in text messages obtained by the committee, Ginni Thomas — the conservative activist and wife of Supreme Court Justice Clarence Thomas — suggested to Trump’s Chief of Staff Mark Meadows that she was in contact with Kushner regarding Trump attorney Sidney Powell, who repeated and promoted unfounded conspiracy theories about widespread voting fraud.

The panel could ask Thomas to voluntarily cooperate with its investigation in the coming days, sources tell ABC News.