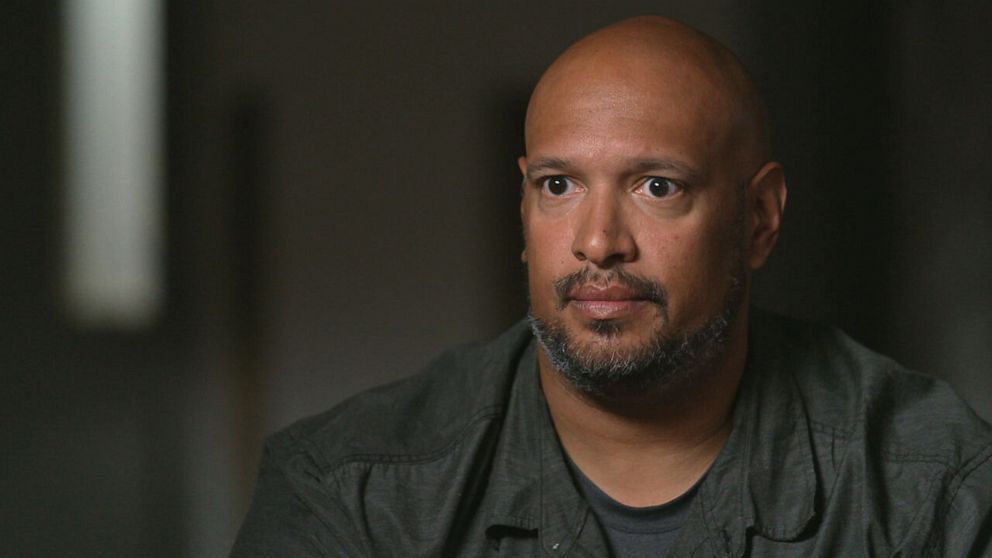 (WASHINGTON) — “From the way I sleep, eating breakfast, making sure I don’t hurt myself putting my shirt on. The way I walk, the way I play with my son. The phone calls from the Justice Department, from the FBI, from the department, asking ‘do I recognize this individual?’… It hasn’t been easy,” Gonell told ABC “World News Tonight” anchor David Muir last month.

A Capitol Police officer and Iraq War veteran, he was on Capitol Hill that day when thousands of supporters of former President Donald Trump stormed the halls of Congress, looking to overturn the presidential election.

“They were pulling me by my leg, by my shield, by my shoulder strap,” Gonell told Muir.

Gonell and his fellow officers were outnumbered. By the time the rioters left the building, he would be one of dozens officers injured in the first attack on the U.S. Capitol since 1814: Gonell was sprayed with chemicals and crushed by the crowds — his left shoulder and one of his feet later requiring surgery.

When he got home early morning Jan. 7, he was afraid the chemicals on his uniform and skin would injure his wife, as she tried to hug him.

“All she wanted to do was hug me because she had been watching TV since it started. And I knew that if I would hug her, then all those chemicals would transfer to her,” he told Muir.

On Jan. 6, ABC News Live will provide all-day coverage of events marking one year since the attack on the U.S. Capitol and the continuing fallout for American democracy.

As the country marks one year since that insurrection, and with investigations into the planning and execution of that attack ongoing, Muir sat down with Sgt. Gonell, his fellow Capitol Police officer Harry Dunn, and Metropolitan Police officer Daniel Hodges — all of whom were at the Capitol on Jan. 6 of last year.

It was the first time the three officers sat down for an interview since they, and former Capitol Police Officer Michael Fanone, detailed the horror they endured on Jan. 6 during a congressional hearing six months after the attacks.

The wounds are still raw.

“I think it’s just as simple as I work in a crime scene,” Dunn told Muir. “Going to work at the Capitol every day, it’s a constant reminder of what happened…I return to the crime scene every single day. And what more memory do you get than just going to the scene of the crime every day?

Dunn testified to the House select committee investigating Jan. 6 that he was called racial slurs by the rioters as they stormed the Capitol.

“Is this America?,” Dunn recalled asking a fellow officer during the interview with Muir. “How could something like that happen at the U.S. Capitol, the pinnacle of democracy?”