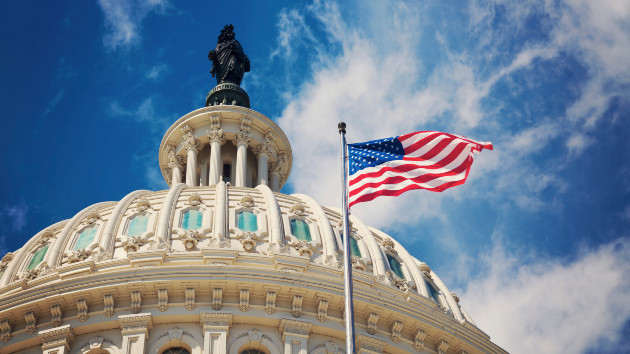 (WASHINGTON) — Rep. Bennie Thompson, D-Miss., chairman of the House committee investigating the Jan. 6 Capitol attack, has promised the panel will tell the “story about what happened” when the first of at least eight public hearings starts on June 9, he told reporters Thursday.

“We’ll tell the story about what happened. We will use a combination of witnesses, exhibits, things that we have — to the tens of thousands of exhibits we’ve interviewed and looked at as well as the hundreds of witnesses we deposed or just talked to in general,” Thompson said, as the committee works to wrap up more witness interviews in the coming weeks.

“It will give the public the benefit of what more than a year’s worth of investigation has borne to the committee,” he added.

Thompson told reporters that the eight hearings on tap so far will be held in a “mixture” of daytime and prime-time programming. The committee has set a self-imposed fall deadline to share its findings with the American public — coinciding with the 2022 midterm elections which will determine the balance of power in Congress.

He also said the panel will re-invite House GOP Leader Kevin McCarthy and other Republicans linked to the Jan. 6 conversations inside the Trump White House to cooperate with their investigation “before the week is out.”

“We’ve collected an awful lot of information. And some of that information has bearing on members. And we want to give those members an opportunity to tell their side,” he said, adding that senators will also be invited to cooperate.

Asked what the panel will do if lawmakers refuse, as they have in the past, Thompson said, “We’ll cross that bridge when we get to it.”

Thompson was also asked Thursday about the tranche of text messages that former Trump White House chief of staff Mark Meadows handed over to the committee late last year before he decided not to cooperate with the panel. The authenticity of the messages, first reported by CNN, was confirmed to ABC News by people who have seen them.

Meadows was held in contempt by the House in December for not complying with his subpoena, but has yet to face charges from the Justice Department.

The Jan. 6 committee held its first public hearing in July 2021 and featured emotional testimony from Capitol Police officers who protected the complex on Jan. 6, 2021.

The four officers testifying then — Capitol Police officers Aquilino Gonell and Harry Dunn and Metropolitan Police Department officers Michael Fanone and Daniel Hodges — flatly rejected what they called attempts to rewrite history and downplay the attack as one that shouldn’t be investigated further, telling lawmakers they all feared for their lives on Jan. 6.

All four said they also wanted the panel to investigate whether those in power may have aided and abetted rioters.