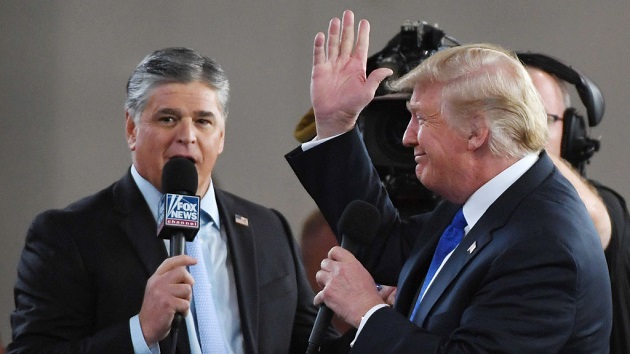 (WASHINGTON) — The House select committee investigating the Jan. 6 Capitol attack is expected to ask Fox News host Sean Hannity to cooperate with its investigation, a development first reported by Axios.

A conservative media star and close ally of former President Donald Trump, Hannity was one of the many prominent Trump associates who texted Mark Meadows, Trump’s former chief of staff, during the Capitol riot last year.

“Can he make a statement?” Hannity asked Meadows of Trump, according to text messages Meadows voluntarily turned over to congressional investigators. “Ask people to leave the Capitol.”

Rep. Liz Cheney, R-Wyo., revealed the exchanges in a Dec. 14 committee meeting, reading them and others aloud.

Hannity later defended the messages on his nightly Fox News program — where he frequently criticizes the select committee investigation and accuses the panel’s lawmakers of trying to politically damage Trump.

“Surprise, surprise, surprise: I said to Mark Meadows the exact same thing I was saying live on the radio at that time and on TV that night on Jan. 6 and well beyond Jan. 6,” Hannity said.

Jay Sekulow, Hannity’s attorney, tells ABC News they have not been contacted by the panel.

“If true, any such request would raise serious constitutional issues including First Amendment concerns regarding freedom of the press,” Sekulow told ABC News.

Rep. Adam Schiff, D-Calif., confirmed the committee’s plans in an afternoon MSNBC appearance, suggesting the missive to Hannity could be released as early as Tuesday evening.