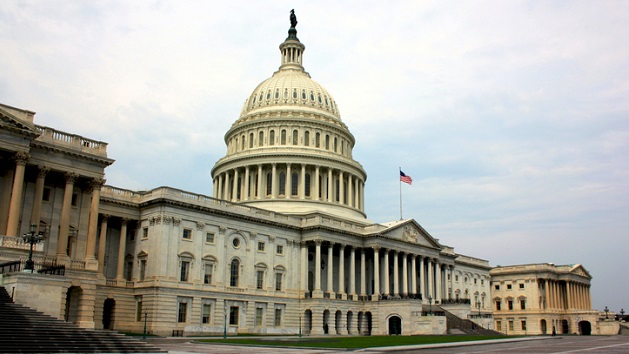 (WASHINGTON) — The House committee investigating the Jan. 6 attack on the U.S. Capitol holds its first prime-time hearing on Thursday at 8 p.m.

The hearing will feature never-before-seen video footage and witness testimony as lawmakers aim to explain what they call a “coordinated, multi-step effort” by former President Donald Trump and his allies to overturn results of the 2020 presidential election.

One of the first officers injured on Jan. 6, U.S. Capitol Police officer Caroline Edwards, who suffered a traumatic brain injury after she was thrown to the ground by rioters pushing bike racks, will deliver her firsthand account before the committee in a matter of hours.

Documentary filmmaker Nick Quested, who followed the Proud Boys through Washington as members of the extremist group marched on the Capitol and clashed with law enforcement, is also scheduled to testify live.

ABC News exclusively obtained some of Quested’s extraordinary material, showing how a group of Trump supporters at a presidential rally transformed into an angry mob that broke into the Capitol. Click here for more.

McCarthy said Biden is the president, but declined to address the legitimacy aspect and declined to say Trump was wrong when he baselessly claimed the election was fraudulent.

Ahead of the Jan. 6 committee’s presentation alleging former Pres. Trump sought to overturn the 2020 election, House GOP leader Kevin McCarthy dodges when pressed four times by @jonkarl on whether he believes Pres. Biden was the legitimate winner. https://t.co/7x9xFOiAeU pic.twitter.com/xqqDpFGoFU

The select committee has promised never-before-seen videotaped depositions from some of Trump’s closest aides and family members after Ivanka Trump, Jared Kushner and Donald Trump Jr. all sat for interviews earlier this year.

Former White House chief of staff Mark Meadows — who turned over thousands of text messages to the committee — has been described by congressional sources as an “MVP” of the hearings, as his messages have provided somewhat of a roadmap for investigators.

President Joe Biden said a lot of Americans will learn new details about the Jan. 6 attack as lawmakers begin to reveal the findings of their 11-month investigation.

“One of the things that’s gonna occupy my country tonight, I suspect, is the first open hearings on January the 6th,” Biden said as he sat down with Canadian Prime Minister Justin Trudeau at the Summit of the Americas on Thursday afternoon.

“And as I said when it was occurring and subsequent, I think it was a clear, flagrant violation of the Constitution,” Biden continued. “I think these guys and women broke the law, tried to turn around the result of an election. And there’s a lot of questions: who’s responsible, who’s involved?”

Thursday’s hearing, the first of six scheduled in June, is the culmination of an 11-month-long investigation by the House select committee.

The nine-member panel has collected more than 140,000 documents and 1,000 witness interviews throughout the course of the investigation, and members have promised to introduce never-before-seen videos and exhibits they say will shock the public.