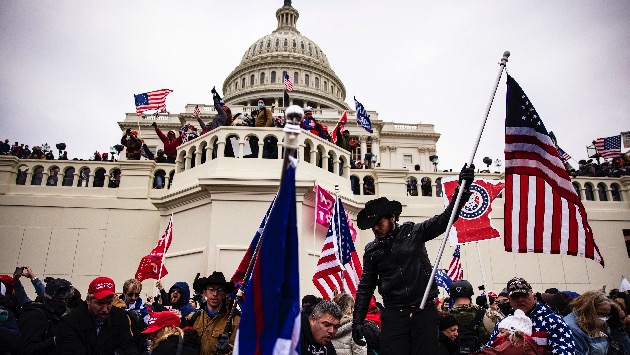 (WASHINGTON) — Thursday marks one year since the Jan. 6 attack on the U.S. Capitol, and Democrats plan to observe the anniversary with somber tributes at the building that’s the symbol of American democracy.

The events in Washington will include a moment of silence, a panel discussion with historians, first-hand testimonies from lawmakers and a prayer vigil on the Capitol steps.

President Joe Biden, Vice President Kamala Harris and House Speaker Nancy Pelosi are scheduled to make remarks at the Capitol where the White House says the president will address the “singular responsibility” former President Donald Trump had “for the chaos and carnage” witnessed and commemorate law enforcement officers who protected the lives of lawmakers last year. No Republican leaders are expected to attend the ceremonies.

ABC News Live will provide all-day coverage of Thursday’s events at the Capitol and examine the continuing fallout for American democracy one year since the Jan. 6 siege.

At least 704 accused rioters have been charged by the Department of Justice, according to an ABC News count. At least 172 have pleaded guilty to their changes.

The FBI is still seeking 350 individuals believed to have committed violent acts on the Capitol grounds, according to the DOJ, including over 250 who assaulted police officers.

The union representing United States Capitol Police officers praised the “dedication and commitment” of those who protected the Capitol building one year ago.

“Today, we recognize the dedication and commitment to mission of the men and women who put their own lives and safety on the line to defend the U.S. Capitol,” Gus Papathanasiou, chair of the union, said in a statement Thursday. “We especially pay tribute to Officer Sicknick who died after being injured during the rioting, and to Officer Liebengood who tragically took his own life after the attack.”

According to Papathanasiou, 80 Capitol Police officers sustained injuries that day, with some so serious they are still not back at work. He said members of the force remain “committed to our mission,” but that comes with an increase in officers as well as improved intelligence and communications between officers and leadership.

Papathanasiou noted that the legacy of Jan. 6 — from a policing perspective — should be a police force that is better prepared, with an eye toward readiness if an attack of such scale ever occurred again.

“Going forward, this Union will work with the Department to ensure those sacrifices will not be in vain,” he added. “We must ensure that the events of January 6th are never repeated.”