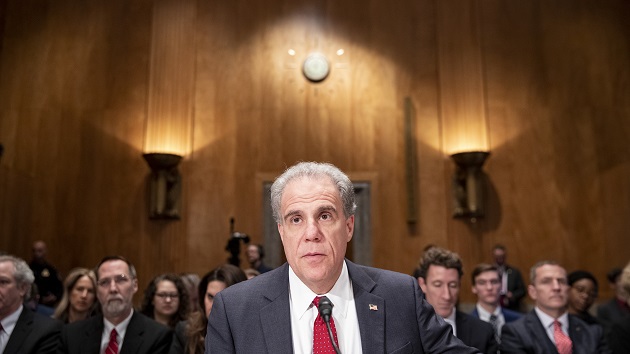 (WASHINGTON) — The chief investigator responsible for reviewing the Justice Department’s implementation of its “zero-tolerance” policy at the border put in stark terms the failures outlined in a recent inspector general report of the Trump administration as it separated migrant families in 2017 and 2018.

“There was a challenge and a problem with reunifying children with the adults,” DOJ Inspector General Michael Horowitz told lawmakers during a congressional hearing Thursday. “In fact, nothing changed. And so, there were no efforts to respond to it as we found at the department. There were discussions, but there weren’t steps taken. The policy remained in place — the separations continued to occur. “

Investigators determined the federal government was unprepared to track families as they were separated and failed to collect the information needed to eventually reunify them. To date, upwards of 500 families remain separated as a result of the policy, according to estimates provided in court records.

President Joe Biden has ordered the creation of a family reunification task force to first identify the children involved and manage the immigration cases of the families who were separated.

Officials at federal courts, U.S. Attorney offices, the U.S. Marshals Service and the Department of Health and Human Services were largely kept in the dark about the “zero-tolerance” policy prior to its announcement by then-Attorney General Jeff Sessions.

“Indeed we determined that those key stakeholders were provided with little to no advance notice of either the zero-tolerance policy or the decision to prosecute adult family unit members,” Horowitz said.

As a result, the report makes clear that top Justice Department officials including Sessions and former Attorney General Rod Rosenstein either ignored or were unaware of the extended period of time families would be separated during the mass prosecution effort.

“There was incompetence in failing to consider what the issues were and the mistaken belief that you could do all this in a day,” Horowitz said, noting it was a “practical impossibility” to carry out prosecutions in the 24 hours before a child was required to be transferred to a government shelter.

Horowitz testified that it would have cost the government close to nothing to have improved coordination between the Homeland Security and Justice departments.

“It’s frankly not — I don’t think that complicated and doesn’t require a lot of expense,” Horowitz said.

Republicans at the hearing underscored the importance of blanketly enforcing the law to all unauthorized border crossers. Horowitz acknowledged the law does not outline any exemptions for those who cross illegally, but he pointed out that long-standing Department of Homeland Security policy involved dealing with most unauthorized families through an administrative process rather than referring them for prosecution.

ABC News made multiple attempts to contact former Attorney General Jeff Sessions and he did not respond. He also declined to comment for the Inspector General’s report.

Pence to Muir: Trump’s words on 1/6 ‘endangered me and my family and everyone at the Capitol’