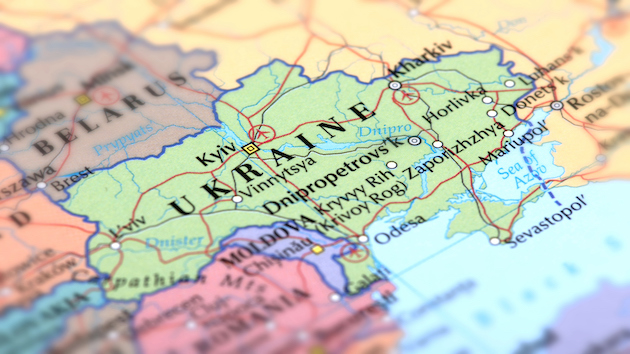 Here are highlights of what a senior U.S. defense official told reporters Friday on Day 30:

“It appears that the Russians are at the moment not pursuing a ground offense or ground offensive towards Kiev,” said the official. They are digging in. They are establishing defensive positions.” However, the official said that the bombardment of the city using long-range weapons is continuing.

“They don’t show any signs of being willing to move on Kyiv from the ground,” said the official. “And that is in keeping with our assessment of a couple of days ago that they are going to prioritize the eastern part of the country with in terms of ground offense. And that is exactly what we’re seeing.”

Earlier on Friday, a top Russian general told reporters that Russia’s initial military operations had been completed and that operations would now focus “on the most important thing, the complete liberation of Donbas.”

“They have stopped trying to move forward and what they have started to do is try to defend what they have,” said the senior U.S. defense official. “We’re seeing the Ukrainians really go now on the offense on them around Kyiv and that includes to the west of it.” The official described heavy fighting in the towns of Bucha and Irpin northwest of Kyiv where he said the Ukrainians are ‘trying hard to dislodge the Russians."”

“They are putting their priorities and their effort in the east of Ukraine and that’s where still there remains a lot of heavy fighting,” said the official. “We think they are trying to not only secure some sort of more, more substantial gains there as a potential negotiating tactic at the table, but also to cut off Ukrainian forces in the eastern part of the country.”

“They are more focused on the Donbas,” said the official, describing the easternmost area of the country where Russian-backed separatists have been fighting against Ukraine’s military for the past eight years.

“The defensive crouch that they’re now taking in Kyiv, we think is consistent with their desire now to be more on the offense and to be more aggressive in the east and Donbas.” And that includes increased air bombardment in the region including in the port city of Mariupol that continues to see what the official described as “vicious vicious fighting.”

In a significant setback, Russian forces have lost full control of the strategic southern city of Kherson according to the official. If the Ukrainians were to retake the city, it would mark the first time that Russian troops will have been pushed out of a major city seized by Russia.

“It doesn’t appear to be as solidly in Russian control as it was before,” said the official. “The Ukrainians are trying to take Kherson, but we would argue that Kherson is actually contested territory again.”

“That would put them smack in the middle and that would make it very, very difficult for them to make any kind of ground movement on Odessa. If in fact, that was their plan,” the official said.

“We’ve seen our first indications that they are trying to send in some reinforcements from Georgia,” said the official. “We have seen the movement of some number of troops from Georgia.

In recent days, U.S. officials have said that it appeared that Russia was seeking reinforcements for its military operations in Ukraine, but interestingly from outside of Russia.

“We don’t have an exact number,” said the official. “I couldn’t tell you whether it’s a whole BTG (battalion tactical group) or how many troops.”

Russian troops have been in breakaway Russian areas of Georgia since 2008.

Russian missile failure rates between 20% and 60%

The senior U.S. defense official did not dispute press reports that Russian missiles are failing to launch between 20% and 60% of the time.

“It’s hard for us to assess that perfectly in terms of numbers, but we have seen some failures,” said the official.

“The ranges I’ve seen in the press from anywhere from 20 to 60%. I would not push back on that assessment,” said the official.

“But again, it’s a range, and it’s very nearly from day to day, but we have seen times … when our assessment is they have they have experienced a significant amount of failure in their missiles,” the official added.

While the airspace over Ukraine remains contested, the official said that Russian planes are now flying about 300 sorties a day and are continuing to fire a lot of missiles that are causing their supplies to dwindle.

“They still have more than 50% but that’s the air launch cruise missiles in particular the thing that they’re running the lowest on,” said the official.

Since the start of the war, Russia has fired more than 1,250 missiles into Ukraine.