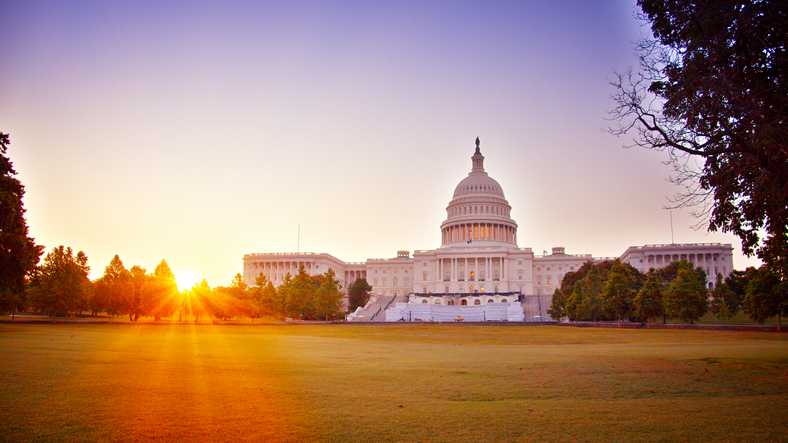 (WASHINGTON) — Among the priorities for congressional Democrats after the demise of Roe v. Wade are bills to protect someone’s digital health data from being subpoenaed for civil and criminal court cases as a dozen states — and counting — impose widespread restrictions and even bans on abortion.

Under consideration, according to a “Dear Colleague” letter sent on June 27 by House Speaker Nancy Pelosi, is a proposal that would shield “women’s most intimate and personal data stored in reproductive health apps,” which may contain information that “could be used against women by a sinister prosecutor in a state that criminalizes abortion.”

Privacy experts told ABC News that the concern — as seen, for example, in viral social media warnings to delete your period-tracking apps – isn’t unfounded in a post-Roe digital age, where states have discretion to regulate or restrict abortion and to consider prosecuting violators.

“A user can log a lot of information in health apps, not just the day you start your period,” said Korica Simon, an associate at the Center on Privacy and Technology at Georgetown Law. “It tracks when you last had sex, what your mood was, what symptoms you felt and your alcohol consumption levels. This is all information that law enforcement could be interested in when building a case against someone charged with a crime related to abortion.”

“It’s important to note, though, that as of yet we haven’t seen a case where law enforcement has been using these apps to go after people,” Simon said. “What authorities are mostly relying on is Google searches, internet history, online communication, text messages, online transactions and location data. All of this information can be found in people’s phones. Research shows that Big Tech usually handed over this information without a fight.”

Both leading advocates for overturning Roe and, conversely, local prosecutors who support abortion access — such as South Dakota’s Republican Gov. Kristi Noem and DeKalb County District Attorney Sherry Boston in Georgia, where a reinstated law bans abortions after the detection of embryonic cardiac activity — have said they do not want to prosecute women who seek abortions.

Still, some women have been prosecuted in recent years — including what a Washington Post report described as a “a handful [of cases] in which American prosecutors have used text messages and online research as evidence.”

Among these is the case of Mississippi resident Latice Fisher.

According to news reports and court documents reviewed by ABC, Fisher was initially indicted for second-degree murder after her husband called 911 in April 2017 to say she had given birth at their home. Prosecutors said in court papers that Fisher told an EMT she didn’t know she was pregnant — but soon reversed herself, telling a nurse at the hospital she had known she was pregnant for weeks.

However, according to prosecutors, Fisher also told the nurse she didn’t realize she was about to give birth.

Prosecutors told the court she had searched online for “abortion pills” and the medical examiner ruled that the baby was alive when it was born, rather than a stillbirth, and died of asphyxiation, likely “positional asphyxia and mechanical asphyxia” related to the manner of birth.

However, there was reportedly no evidence Fisher took any medication, and the “float test” the medical examiner used to determine it wasn’t a stillbirth can also produce false positives. Prosecutors decided to dismiss Fisher’s charge — saying the first grand jury “did not have access to complete information about the medical evidence in this case.”

They re-presented her case to a second grand jury, which did not indict her.

Beyond criminal charges, there are potential civil liabilities when a pregnancy ends.

Texas passed a novel law in 2021 that empowers residents to sue anyone they suspect of being connected to an illegal abortion to seek monetary — rather than criminal — penalties. Plaintiffs are entitled to at least $10,000 in a successful suit. Notably, the Texas law prohibits the plaintiff from bringing suit against the person undergoing the abortion.

In May, Oklahoma Gov. Kevin Stitt signed a law that criminalizes abortion after fertilization — one of the strictest bans in the country. Like Texas’ law, the statute relies on civilian enforcement and rewards at least $10,000 in damages to residents who successfully sue people involved in illegal abortions.

Such complaints would also enable plaintiffs to try and subpoena digital health care information about the defendants.

However, not all major companies behave similarly.

The Markup and Reveal from the Center for Investigative Reporting found that Facebook was collecting personal data from people who visited “crisis pregnancy centers,” which abortion access advocates describe as thinly veiled anti-abortion rights clinics that work to dissuade visitors from receiving abortion services. The data on visits to the clinics could potentially be used to support anti-abortion rights campaigns — or, after Roe, used against abortion seekers in states where the procedure is now illegal.

Meta — Facebook’s parent company — declined to comment on the record about its data filtration system. But its privacy policy prohibits businesses from using their tools for certain types of sensitive information, including sensitive health information, which includes sexual and reproductive health and medical procedures, treatments and testing.

According to their website, if Meta’s filtering mechanism detects information that could be sensitive, health-related data, the filtering mechanism is “designed to prevent that data from being ingested into our ads ranking and optimization systems.”

Reproductive health care apps have had their share of legal troubles related to data privacy. In 2021, the Federal Trade Commission (FTC) settled with popular fertility app Flo after allegations that the company had shared user data with third-party data brokers, including Google and Meta. Flo denied any wrongdoing and said at the time it does not share users’ health information without their consent.

Skeptical of the changes made to shield intimate user data from law enforcement, three members of Congress up for reelection in November have asked technology companies about what health and location data can be accessed by data brokers — and how to prevent intimate information from being shared to prosecute people who seek to end their pregnancies.

Rep. Sara Jacobs, D-Calif., who is running to represent the state’s 51st Congressional District, warned that app users may not have their data searched solely by law enforcement. Even if Google clears location history data, Jacobs said she suspects that seemingly-menial “search data” could be used in lawsuits “to suggest whether someone has had or is seeking to have an abortion.”

“This risk is most elevated in the thirteen states with ‘trigger laws’ … as well as other states that are likely to ban and criminalize abortions very soon,” Jacobs said in a statement to ABC News.

Referring to Texas’ example, enabling private lawsuits as punishment for abortions, Jacobs said: “If some states enact bounty laws that provide financial rewards for bringing suits against people that have abortions, like the one already enacted in Texas, this will further elevate the risk–and put those accessing reproductive health care in significant danger.”

In Jacobs’ home state, voters will have the opportunity to amend their constitution to add the right to abortion access. Gov. Gavin Newsom recently signed an executive order to protect people who seek abortions from other states. Jacobs plans to continue introducing similar measures, featuring reproductive health care as a centerpiece issue in her election campaign.

Most recently, she introduced to the House the My Body, My Data Act, which would limit how much sexual health data a company could disclose or collect without the express consent of the user in question. The bill has since been relayed to the House Energy and Commerce Committee. An identical bill was introduced to the Senate by Mazie Hirono, D-Hawaii, but shows unlikely prospects of passage due to GOP opposition.

Similar measures have been cosponsored in the Senate by Democrats Patty Murray of Washington and Ron Wyden of Oregon. Supporting Sen. Elizabeth Warren, D-Mass., the two helped introduce the Health and Location Data Protection Act, which would ban brokers from selling health- and location-related information collected from app data. If passed into law, the FTC would receive $1 billion to “ensure robust enforcement of the bill’s provisions.”

Warren and Wyden, along with Jacobs in the House and Democratic Sen. Cory Booker, of New Jersey, also signed a letter to the FTC on June 24 asking the commission to investigate how Apple and Google have collected and used mobile phone users’ digital information. The letter accused data brokers of “already selling, licensing and sharing the location information of people that visit abortion providers to anyone with a credit card.”

“Selling people’s most sensitive data to turn a profit isn’t just wrong—it’s dangerous, and risks Americans’ safety as they seek the care they need,” Murray, the Senate’s third-ranking Democrat, said in a statement.

Murray last week also chaired a Health, Education, Labor, and Pensions Committee hearing “to make crystal clear how [the Roe reversal] will harm patients, providers, and communities across the country—and what is at stake in November.” At the hearing, she pushed back against a call for a nationwide abortion ban, which is supported by some conservatives, and the possible surveillance of people traveling to other states for abortion services: “Health care providers aren’t sure when or even if they will be able to treat ectopic patients without being sent to prison.”

Separately, Murray called for a vote urging passage on the Freedom to Travel for Health Care Act, which would protect a person’s ability to travel across state lines to receive an abortion, as well as protect the medical providers who offer the procedure. That bill was blocked by Sen. James Lankford, R-Okla., who urged colleagues to consider the life of what he described as unborn babies.

“This move shows that [the Senate GOP] stand with extreme politicians trying to hold women captive in their own states rather than defending the right to travel within our country,” Murray said.