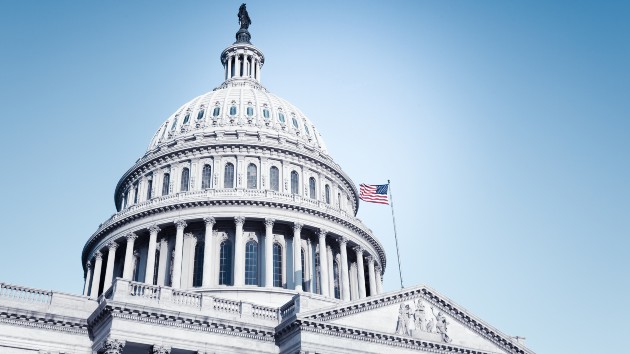 Over half of Americans (58%) say that Trump should have been convicted, which tracks with the 56% who said the same last week before the 57-43 Senate vote to acquit left Trump free to possibly run for office again. Last year, after Trump was acquitted in his first Senate impeachment trial, Americans were evenly split on the outcome, with 49% approving of the Senate’s judgment and 47% disapproving, according to a Monmouth University poll.

The Senate fell 10 votes short of reaching the two-thirds majority needed to convict, when all but seven Republicans found Trump not guilty — an outcome that still marked the most bipartisan verdict ever in a presidential impeachment trial.

The seven Republicans, who make up 14% of the GOP conference in the Senate, mirrors the 14% of Republicans nationwide who believe Trump should have been convicted and barred from holding future office in the poll, which was conducted by Ipsos in partnership with ABC News using Ipsos’ KnowledgePanel.

An overwhelming 88% of Democrats and 64% of independents also say the former president should have been convicted after being impeached for his role in the deadly assault on the U.S. Capitol on Jan. 6.

The decision by the 43 Republican senators to acquit Trump signals the firm grip he maintains over the party, even after his electoral defeat. But for some of them, the vote was not as much a defense of his behavior, but rather a decision based on a constitutional technicality.

Senate Minority Leader Mitch McConnell, one of the Republicans who ultimately sided with Trump by arguing that it was unconstitutional to try a former president, excoriated Trump for his “disgraceful dereliction of duty.”

“There’s no question, none, that President Trump is practically and morally responsible for provoking the events of the day. No question about it,” he said from the Senate floor shortly after the final vote. “The people who stormed this building believed they were acting on the wishes and instructions of their president.”

Even though far more Republican senators are disturbed by Trump’s actions than the final vote tally might show, polling suggests that the Republican base remains solidly behind him.

Among Republicans, 86% say Trump should not have been convicted and disqualified from holding future office, an attitude shared by only 11% of Democrats and 35% of independents.

More than eight in 10 Republicans (83%) actually go even further, believing that the trial shouldn’t have even happened, viewing the single charge against Trump as not serious enough to warrant impeachment proceedings.

It’s an opinion at odds with most of the country: overall, 61% of Americans believe Trump’s conduct warranted the historic second impeachment for one president, with that view held by 92% of Democrats and 65% of independents.

More than two decades ago, when former President Bill Clinton faced his own impeachment trial for lying under oath and obstructing justice to cover up an extramarital affair, less than half (43%) of the country viewed the charges against him as serious enough for a trial, while a majority (56%) believed they were not serious enough, according to an ABC News poll conducted right after the trial.

As the nation remains deeply polarized, uniting most Americans is the view that the outcome in the Senate was motivated more by party loyalties than the evidence presented at the trial.

More than 3 in 4 Americans (77%) say that most senators voted on the basis of partisan politics. The question also breaks through party lines, with 76% of Democrats, 78% of Republicans, and 79% of independents saying the same.

In the case itself, the evidence brought by the House impeachment managers was seen as “strong” among a clear majority of Americans (56%), compared to 37% who cast it as “weak.”

Still, slightly more Americans say that the trial rehashed information already known to the public rather than providing new information, 43% to 38%.

This ABC News/Ipsos poll was conducted by Ipsos Public Affairs‘ KnowledgePanel® February 13-14, 2021, in English and Spanish, among a random national sample of 547 adults. Results have a margin of sampling error of 4.8 points, including the design effect. Partisan divisions are 31-26-36 percent, Democrats-Republicans-independents. See the poll’s topline results and details on the methodology here.