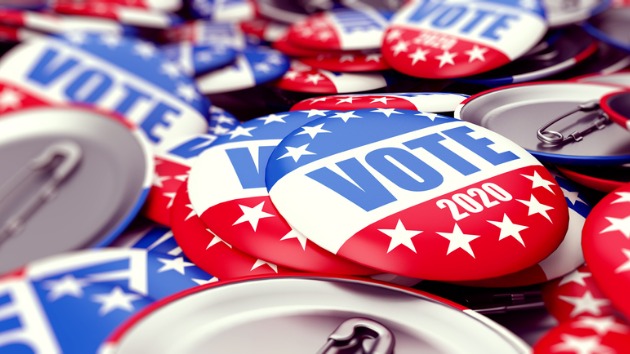 By SOO RIN KIM and WILL STEAKIN, ABC News

In fact, more than $100 million has instead gone toward various fundraising expenses and advertising efforts aimed at raising even more money, records show.

In the three weeks after the November election, Trump’s team and the Republican National Committee together raised $207 million by claiming election fraud and seeking support to fight the 2020 results, in which Democrat Joe Biden prevailed over Trump by more than 7 million votes. And even as Trump’s election challenges faltered, an additional $80 million poured into their accounts, according to the latest campaign disclosure reports filed with the Federal Election Commission.

“It was based entirely on fraud … by Team Trump alleging that there were problems in the election, that Trump needed money to hire lawyers to fight and that he won the election,” Ryan said. “And in my experience watchdogging money in politics closely for more than 20 years, this is unprecedented.”

Officials with Trump’s leadership PAC, Save America, which was formed in the aftermath of the election, did not respond to ABC News’ request for comment.

In the weeks following the election, the Trump campaign and RNC bombarded supporters with more than 600 emails declaring the election “stolen” and asking for donations for an “Election Defense Fund.” The bulk of Trump’s post-election efforts targeted small-dollar donors.

But of the more than $280 million raised since after the election, the Trump campaign and the RNC — which were the main forces behind Trump’s post-election legal challenges — reported spending only about $13 million on legal expenses, filings show.

The Republican National Committee spent roughly $8 million in independent expenditures to support the two Georgia Republican candidates in the Senate runoffs, according to FEC filings — though RNC National Press Secretary Mandi Merritt told ABC News that the RNC spent “tens of millions in the Georgia races” with 500 paid staffers in the state along with thousands of volunteers.

Save America, Trump’s leadership PAC, appears to have spent no money to assist the Georgia Republican incumbents, at least through the end of December.

Instead, the PAC held on to the money as both incumbents lost their seats, swinging the Senate majority to the Democrats.

Through his various fundraising arms, Trump entered 2021 with more than $105 million in the bank, according to year-end filings. The RNC has an additional $80 million on hand. Democrats, by contrast, reported $35 million in cash for the same period.

Also during the final few weeks of 2020, records show the Trump campaign refunded more than 4,200 contributions totaling $11 million. Campaign finance experts say those likely came as a result of excess contributions from people who gave more than the maximum allowed under the federal law, which is $2,800 per election per person.

Throughout the election cycle, both the Trump campaign and the Biden campaign received Federal Election Commission inquiries about long lists of donors that exceeded contribution limits. Per campaign finance rules, campaigns are given a maximum of 60 days to reattribute excessive contributions or return those contributions to donors, and during those 60 days they must keep those contributions in a separate account or keep the equivalent balance in their accounts.

The rivals handled the refunds differently. The Biden campaign sent back more than $13 million in refunds within three weeks of Election Day, and just $774,000 afterward. The Trump campaign, by contrast, returned about $1 million within three weeks, despite multiple FEC inquiries regarding excess donations. They then sent back $11 million afterward.

Brendan Fischer, federal reforms director at the Washington-based ethics group Campaign Legal Center, said the Trump campaign appears to have accepted a “seemingly unprecedented” number of excess contributions in the last weeks of the election. He added that the legal center counted at least 1,350 individual contributions that exceeded the general contribution limit in the final stretch of the election, amounting to millions of excess donations.

Fischer pointed out that the Trump campaign was accepting these excessive contributions during a period when it was reportedly facing a cash crunch.

“It does raise questions about whether the Trump campaign kept taking these excess donations because it really needed the money, even though it knew that it would have to refund the contributions eventually,” Fischer said.

The Trump campaign did not respond to ABC News’ request for comment.