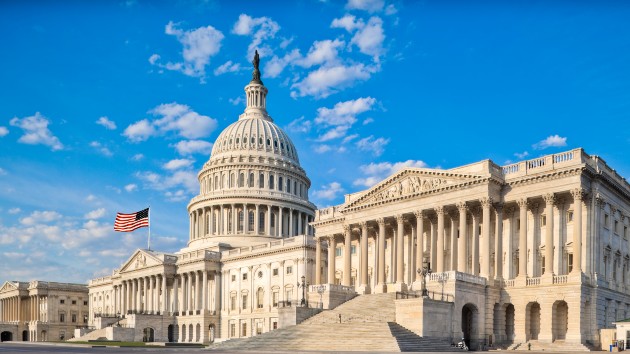 (WASHINGTON) — The House is set to vote Wednesday on a resolution that would green-light the creation of a select committee to investigate the Jan. 6 insurrection.

The resolution requires a majority vote in the House for the committee to be formed and it is expected to pass along party lines.

An aide to the House speaker signaled that she could name a Republican among her eight appointments to the committee.

“January 6th was one of the darkest days in our nation’s history. It is imperative that we establish the truth of that day and ensure such an attack cannot again happen. The Select Committee will investigate and report upon the facts and causes of the attack and report recommendations for preventing any future assault,” Pelosi said in a statement.

“Senate Republicans did Mitch McConnell a ‘personal favor’ rather than their patriotic duty and voted against the bipartisan commission negotiated by Democrats and Republicans. But Democrats are determined to find the truth,” Pelosi said Monday in her statement.

The select committee will be run by House Democrats and it will have subpoena power.

“I’m hopeful that both the speaker and the minority leader appoint people who are honest, sincere in their effort to get at the facts, underlying why Jan. 6 happened, who was responsible for Jan. 6 happening and what can we do to prevent a Jan. 6 insurrection from happening again,” House Majority Leader Steny Hoyer said Tuesday. “All of those facts are necessary for the Congress, but much, much more importantly, necessary for the American people to understand and have knowledge of.”

A chair to run the committee has not yet been announced, but Pelosi told reporters last week that further details would be released soon.

McCarthy, for his part, has said a select committee is not necessary and has bashed it as a politically motivated, partisan act by Democrats.

He has also not indicated who he would appoint to the committee.

McCarthy could be called to testify about a phone call he made to former President Donald Trump on the day of the insurrection. He has yet to fully recount that phone call in a public setting, but he has said he would be willing to testify if asked.

“I have no problem talking to anybody about it,” McCarthy said last week. “I don’t know what the conversations that day would matter as that’s going on.”

House Democratic Chair Hakeem Jeffries told reporters Tuesday he expects McCarthy will be asked to testify before the committee.

“It’s my expectation that whoever winds up chairing the select committee will pursue all available angles in terms of individuals that will be called before the committee to testify and I think that Leader McCarthy has indicated that he’s willing to testify and share the contents of that conversation,” Jeffries said.

Under the resolution text, the select committee does not have a deadline for producing a report.