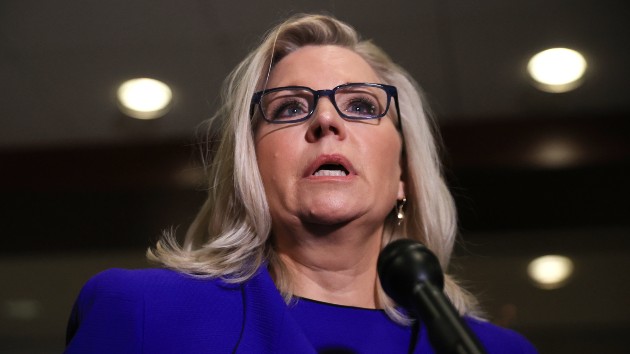 At a news conference afterward, Stefanik said she wanted to thank President Donald Trump for his support and said the American people are “suffering” from what she called the “socialist, radical” policies of President Joe Biden and House Speaker Nancy Pelosi.

“Republicans have a strong agenda for this country… We as a conference have a very important story to tell,” Hinson said in remarks obtained by ABC News. “Elise is the right person to unify us so that we can best tell it to the American people. Let’s unite behind Elise and unite behind a goal I know we all share—taking back the House in 2022.”

The 36-year-old New York Republican’s only competition was Roy, a conservative who has essentially said he is running because he doesn’t like the idea of Stefanik running for leadership unopposed.

Walking into the GOP conference meeting Friday morning, Roy told reporters he didn’t have a “whole lot of time to whip” for votes. Despite some questions about how conservative Stefanik is, Roy said if Stefanik was chosen to succeed Cheney, the conference will be united.

“I am always going to try to be a voice for advancing the policies that I think are right and to try to make sure that we’re representing the people, but we’ll all be united,” Roy said. “It’s pretty easy to unite against the radical agenda of the current administration. I mean, we’re seeing it play out right now in terms of energy prices. gas lines, people who don’t have jobs because we’re paying people not to work. There’s businesses they want to hire them. So, we’re gonna be united doing that.”

House Republicans voted to remove Cheney from leadership Tuesday after repeatedly acknowledging that Trump did not win the 2020 election and for condemning his actions during violent riots at the Capitol on Jan. 6.

Cheney, despite being ousted from leadership, said she is “absolutely” running for reelection to the House in 2022, and also said Minority Leader Kevin McCarthy “is not leading with principle right now,” calling his example “sad” and “dangerous.”