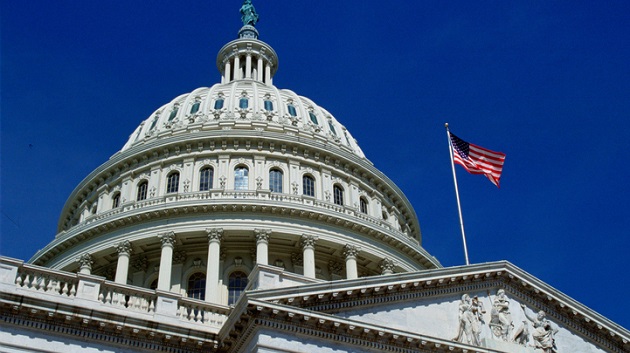 (WASHINGTON) — In the wake of the Buffalo, New York, supermarket shooting that left 10 Black people dead, the House on Wednesday approved a measure to beef up federal efforts to combat domestic terrorism and white supremacy.

The vote was 222-203, with Rep. Adam Kinzinger, R-Illinois, voting with all Democrats in favor of the proposal.

The bill from Rep. Brad Schneider, D-Illinois, would create new offices within the Justice Department, Department of Homeland Security and Federal Bureau of Investigation to “monitor, analyze, investigate, and prosecute domestic terrorism.”

Rep. Cori Bush, D-Mo., and other progressives were initially wary of the measure earlier this year, but reached an agreement on language in talks with leadership and the American Civil Liberties Union to address concerns about the potential infringement on Americans’ First Amendment rights.

“I was proud to lead my colleagues in a successful effort to strengthen protections in this bill for protesters, narrow the domestic terrorism definition, and enhance the scope of Congressional oversight to ensure that civil rights and civil liberties continue to be protected,” Bush said in a statement to ABC News. “As an activist, I know first-hand the ways in which law enforcement agencies have targeted, surveilled and prosecuted marginalized communities.”

All Republicans besides Kinzinger opposed the measure, arguing that it would be duplicative and could be used to target parents raising concerns at local school board meetings.

That could jeopardize its passage through the Senate, where Democrats have pledged to hold a vote but need the support of 10 Republicans to advance legislation past the 60-vote threshold.

“By diverting resources that could be used to actually combat domestic terrorism and mandating investigations into the armed services and law enforcement, this bill further weaponizes and emboldens the DOJ to target Americans’ First Amendment rights and go after those who they see as political threats,” House GOP Whip Steve Scalise’s office wrote to Republican lawmakers in a memo encouraging them to vote against the measure.

The Justice Department and Attorney General Merrick Garland have said Republicans are mischaracterizing a memo issued last fall to the FBI and U.S. attorneys’ offices around the country encouraging them to meet with local law enforcement partners to address a rising number of threats against local school board officials.

Even Rep. Don Bacon, R-Neb., who co-sponsored the original resolution introduced with Schneider, said he was “torn” on the bill ahead of passage, and ultimately voted against it.

“Maybe for four months after I put my name on that bill, every meeting I went to, I had people upset I was on that bill,” he told ABC News. “They said, ‘Will I be investigated because I am pro-life?’ I heard overwhelming feedback.”

FBI Director Christopher Wray has called domestic terrorism one of the greatest threats to the United States.

The problem of domestic terrorism has been metastasizing across the country for a long time now and it’s not going away anytime soon,” Wray told a Congressional panel in March of 2021. “At the FBI, we’ve been sounding the alarm on it for a number of years now.”