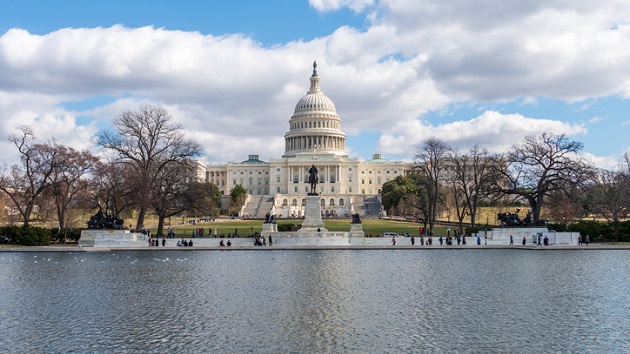 “We’re playing ‘beat the clock’ here against Trump’s inner coterie, which thinks they can impede our investigation,” Raskin told reporters.

The committee, which hopes to begin public hearings in May, is trying to wrap up dozens of witness interviews in the coming weeks.

Multiple senior Trump administration officials, including senior adviser Jared Kushner and Defense Secretary Mark Esper, are expected to appear virtually before the committee this week. Another senior aide to Vice President Mike Pence, Chris Hodgson, was spotted at the panel’s offices for an in-person deposition Wednesday.

“We’re going to do everything we can to get everyone’s cooperation that we can,” Raskin said.

That ticking clock is having an effect on how far investigators are willing to go to secure the testimony of witnesses and obtain documents.

Given the committee’s hearing schedule and self-imposed deadline to issue a final report in the fall, it’s becoming increasingly unlikely that discussions with Vice President Pence and Trump attorney Rudy Giuliani will result in interviews with congressional investigators.

The panel is also grappling with the fallout from reports that investigators have obtained text messages from conservative activist Ginni Thomas — the wife of Justice Clarence Thomas — pressing then-Chief of Staff Mark Meadows to attempt to overturn the election results.

Committee members have discussed whether to invite her to testify publicly, but have not publicly shared how they want to proceed.

They are also working to fill “quite a few gaps” in White House telephone logs obtained by the committee and first reported by The Washington Post and CBS News, Rep. Pete Aguilar, D-Calif., said Tuesday.

Official records of Trump’s switchboard phone calls include a more than 7-hour gap in activity during the Capitol riot on Jan. 6, during which time multiple phone conversations Trump is reported to have had with GOP lawmakers may have been made using the cellphones of key aides.

Schiff said the committee is working to determine what Trump was doing during that time.

While Schiff declined to get into specifics, the committee has repeatedly subpoenaed the cellphone records of Trump aides and allies, and has issued blanket preservation requests to telecommunications, social media and email companies and platforms.

“We have multiple sources of information, both in terms of gathering records, as well as witnesses who have come to appear before the committee who have described the president’s actions that day,” Schiff said. “We are putting together as complete a picture as we can, and not relying on any one source of information.”

While some committee members and staffers believe the panel should be taking more aggressive steps in trying to enforce subpoenas, any potential legal disputes might not be resolved before the end of the year, when Republicans may take control of the chamber.

On Monday, the panel recommended the full House hold two Trump White House officials, Peter Navarro and Dan Scavino, in contempt of Congress for ignoring subpoenas for records and testimony. House Majority Leader Steny Hoyer, D-Md., said Wednesday that the House is planning to vote on the matter next week.

Trump ally Steve Bannon was indicted for defying the committee’s subpoena last November after the full House voted to hold him in contempt. He has pleaded not guilty, and his trial isn’t set to begin until May at the earliest.

Meadows was also held in contempt by the House in December, but the former chief of staff has yet to face charges from the Justice Department — leading some lawmakers to criticize the DOJ for its failure to take action.

The committee has made clear in court filings that it believes Trump broke the law in his efforts to overturn the 2020 election results. And while a federal judge wrote this week that it was “more likely than not” that Trump committed felonies in the course of his actions, the Justice Department appears to be no closer to charging — or even considering charging — the former president with a crime.

“Attorney General Garland: Do your job, so we can do ours,” Rep. Elaine Luria, D-Va., said in a committee meeting Monday.

“We would, as a committee, like every entity around with some authority to move,” Committee Chairman Bennie Thompson, R-Miss., told reporters Tuesday. “But obviously that’s out of our bailiwick.”