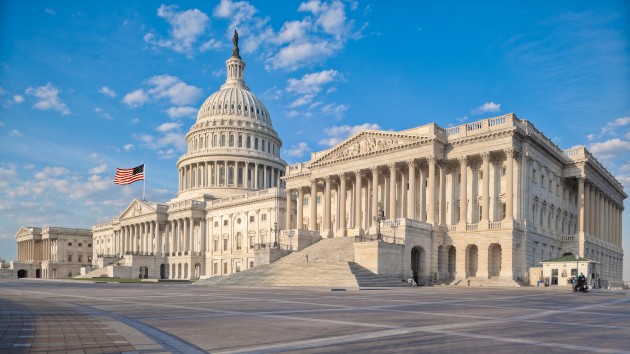 (WASHINGTON) — House Democrats on Tuesday argued that former President Donald Trump bears “unmistakable” responsibility for inciting the Jan. 6 riot on the Capitol, calling it a “betrayal of historic proportions” that demands judgment from the Senate.

In their 80-page brief filed Tuesday morning, the House impeachment managers depicted the riot as Trump’s last-ditch effort to overturn the presidential election after dozens of failed lawsuits and pressure campaigns against state election officials.

“The only honorable path at that point was for President Trump to accept the results and concede his electoral defeat. Instead, he summoned a mob to Washington, exhorted them into a frenzy, and aimed them like a loaded cannon down Pennsylvania Avenue,” the managers wrote in their brief submitted ahead of next week’s trial of the former president.

“President Trump’s responsibility for the events of January 6 is unmistakable,” they wrote.

Foreshadowing what the House managers will argue on the House floor, Democrats wrote that Trump was “reportedly ‘delighted"” by the attack, and “left his Vice President and Congress to fend for themselves while he lobbied allies to continue challenging election results.”

Seeking to anticipate Trump’s defense that his comments about the election and at the Jan. 6 rally were protected speech, the brief argues that Trump’s challenge to the results was a “direct assault on core First Amendment principles,” and that holding him accountable would “vindicate First Amendment freedoms — which certainly offer no excuse or defense for President Trump’s destructive conduct.”

And in an argument aimed squarely at Republicans questioning the Senate’s ability to try to convict a former president, Democrats said that the case against Trump is “stronger” than any precedent of Senate trials against former administration officials — pointing to his impeachment while he was still in office, and the fact that he is “personally responsible” for the attack.

“For Congress to stand aside in the face of such conduct would be a grave abdication of its constitutional duty, and an invitation for future Presidents to act without fear of constraint during their final months in office,’ they wrote. “History, originalism, and textualism thus leave no doubt that the Senate has jurisdiction—and a constitutional duty—to decide this case on the merits.”

It’s the first time Democrats have formally laid their argument against Trump since transmitting the charge against him to the Senate to kick off trial proceedings.

Trump was impeached by the House on Jan. 13 on a single article for “incitement of insurrection” following the violent siege at the U.S. Capitol that left one police officer and four others dead and left members of Congress and their staffs fearing for their lives. The insurrection was preceded by a Trump rally when he told his followers to head to the Capitol and repeatedly said they should fight for him.

Democrats plans were to detail Trump’s actions in the months leading up to the insurrection, attempting to paint a picture of a president who drew his supporters to Washington with the outright intention of them seeking to overturn the election by force if necessary, sources familiar with the brief told ABC News Monday, and depicting the riot as the product of a months-long campaign to overturn the results.

To help argue their case, they cite videos and social media posts, along with law enforcement records and court documents stemming from the arrests of rioters from across the country who stormed the U.S. Capitol. Trump’s own words could also be invoked — both from the rally outside the White House on Jan. 6 and on his recorded phone call with the Georgia Secretary of State, where he repeatedly pressured him to alter the results of the election in the state because he falsely claimed it was “not possible” for him to have lost.

Trump is expected to file his own formal response to Democrats’ impeachment article on Tuesday by noon.

His response comes after his entire legal team quit over the weekend, in part, because of disagreements over the legal strategy, according to sources. On Sunday, Trump announced he had hired two new lawyers to lead the team, Bruce Castor Jr. and David Schoen.

Trump’s legal brief is due on Feb. 8.