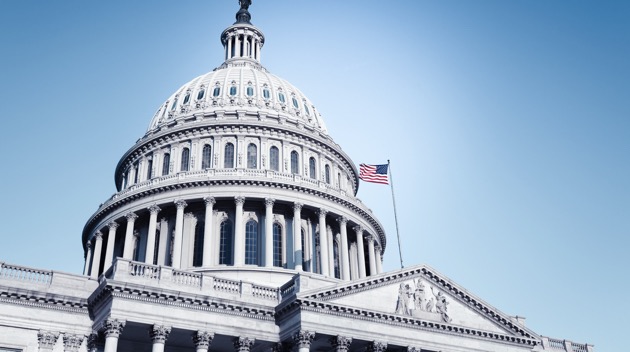 (WASHINGTON) — House Democrats have outlined their offensive for the 2022 midterm elections, targeting 22 districts that could likely change once the House map is reshaped by the decennial redistricting process in the coming months.

Ahead of the 2022 contests, Democrats find themselves in the unenviable position of safeguarding a razor-thin majority and are preparing to be on defense for the election and for a tough redistricting cycle, in which states redraw the boundaries for both their congressional and state legislative districts after the Census.

The Democratic Congressional Campaign Committee is currently set to target a smaller list of districts, compared with last cycle, mostly in suburban areas that helped the party forge a majority in Washington over the last four years.

But the once-a-decade redistricting process, which has been delayed by the coronavirus pandemic, is likely to reshuffle the look of the House map. The GOP holds an advantage in redistricting and are expected to also have an edge in next year’s races, since history favors the party out of power in midterms.

Democrats are trying to avoid that fate by elevating President Joe Biden’s signature legislative achievement so far — his COVID-19 relief bill — and Republican opposition to the party’s agenda to gain ground next year.

“Every single Republican on this list voted against putting checks in pockets and shots in arms, and we’re going to make sure voters in their district know it,” said Rep. Sean Patrick Maloney, D-N.Y., who chairs the DCCC, in a nod to the $1.9 trillion coronavirus relief package passed last month.

“The DCCC is prepared to protect our majority by recruiting compelling candidates and empowering their campaigns with the resources they need to draw the contrast between Democrats’ record of fighting for the middle class and Republicans’ toxic brand of defending conspiratorial insurrectionists and opposing direct relief for working families,” Maloney said.

It doesn’t include some of the other seats the party ceded to Republicans last year, including Minnesota’s 7th District, New Mexico’s 2nd District, New York’s 11th District, Oklahoma’s 5th District and South Carolina’s 1st District. But across the list of targets, Biden carried half of the districts in the 2020 presidential election.

One district, Arizona’s 2nd, is set to have an open seat when Democrat Rep. Ann Kirkpatrick retires, and another, California’s 25th District, was in Democratic hands after former Rep. Katie Hill flipped the district in 2018. But after she resigned from Congress in 2019 amid a House Ethics Committee investigation into allegedly having a sexual relationship with one of her congressional staffer, the GOP reclaimed the suburban Los Angeles-area seat with Republican Mike Garcia in a special election in May 2020. He won reelection in November.

Last month, the DCCC also named 32 members to its front-line program, a list of the most vulnerable incumbents in competitive districts that the party will be defending when they are up for reelection next year.

House Democrats’ Republican counterpart, the National Republican Congressional Committee, announced a target list in February with more than twice as many districts. But as the GOP eyes 47 districts as pickup opportunities, both parties are still anxiously awaiting new maps to compete on.

“With this list, the DCCC confirmed what we already knew: Democrats are on defense because they have to defend a toxic socialist agenda that raises taxes, opens borders, closes schools, and kills jobs,” Mike Berg, a spokesperson for the NRCC, said in a statement.