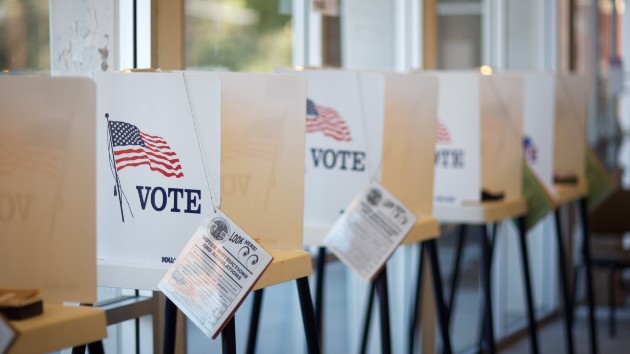 (WASHINGTON) — The House on Wednesday is expected to pass a sweeping ethics and voting rights package first introduced in 2019, one Democrats say is urgently needed as GOP-controlled state legislatures scramble to change voting laws in the wake of the presidential election.

The “For the People Act of 2021” would automatically register people to vote and restore the voting rights of felons. It would also mandate more than two weeks of early voting, encourage voting-by-mail and expand absentee ballot drop boxes across the country — along with other provisions meant to address concerns raised by election officials during the 2020 election cycle.

“We’re not pursuing this reform against the backdrop of the status quo. We’re pursuing it against the prospect that the Republicans will take things in the wrong direction, and in a significant way,” Rep. John Sarbanes, D-Md., the lead sponsor of the bill told ABC News.

Following Donald Trump’s loss to Joe Biden in November, Republicans across the country have introduced hundreds of proposals to change voting laws, arguing that the changes are needed to restore trust in the election system.

The efforts follow Trump and some Republicans’ extended campaign to undermine the election results with unproven claims of widespread voter fraud, and the Trump campaign’s repeated failures to challenge state-level results in court.

On Monday, the Republican-controlled state legislature in Georgia — where turnout helped Biden win in November, and two Democrats win the state’s Senate seats in January — approved a new measure changing the state’s absentee voting laws, over the objections of Democrats and voting rights advocates.

And on Tuesday, the Supreme Court heard arguments in a case over two Arizona election laws, with conservatives on the court weighing whether to limit what Democrats consider to be key protections against racial discrimination in the Voting Rights Act.

“There is a new and palpable intensity to voter suppression, particularly targeting communities of color,” Daniel Weiner, the deputy director of the Brennan Center’s Election Reform Program, said of the new voting law proposals pushed by Republicans this year. “There is, frankly, an alarming willingness to push these policies based on false premises, and those are premises that have been amplified by the former president.”

Congressional Republicans are expected to oppose the legislation on the floor, with House Minority Leader Kevin McCarthy, R-Calif., accusing Democrats of prioritizing legislation “to protect themselves to get reelected” over other major issues.

“The priorities here are wrong,” McCarthy said Tuesday during debate on the legislation.

Lawmakers spent much of Tuesday considering amendments to the package.

In addition to the voting law changes, the legislation would require presidential candidates to release at least 10 years of tax returns, and the spending of presidential inaugural committees — along with other provisions crafted in 2019 in response to Trump’s unwillingness to share his tax returns, and the federal investigation into his inaugural spending. It would also require campaigns to report any contacts with foreign officials.

The nearly 800-page package also includes provisions to bolster election security at the state and federal levels, require social media platforms to maintain databases of political ads, and require states to set up independent redistricting commissions to redraw their congressional districts and prevent partisan gerrymandering — two provisions Democrats point to ahead of the redrawing of the congressional map following the 2020 census.

The legislation would also create a new 6-to-1 matching system for political donations of up to $200 for presidential and congressional candidates who reject large contributions — which Republicans have decried as public financing of campaigns. The funds would be generated by financial and corporate settlements.

The American Action Network, a GOP advocacy group, is seizing on that line of attack, running digital ads in 15 Democratic congressional districts urging votes against the legislation.

The legislation, like other key pieces of House Democrats’ agenda, will head to the Democrat-controlled Senate, but is expected to languish given a lack of Republican support. Democrats need the backing of 10 Republicans to advance the package past the 60-vote threshold.

Still, advocates say the passage of the measure is necessary in the House to put more pressure on Senate Democrats to consider changing the chamber’s rules and eliminating the legislative filibuster, in order to pass their priorities through the narrowly-divided Senate when Democrats control Congress and the White House.

“It’s going to be hard without looking at reforming the filibuster,” Sarbanes said of passing HR 1. “This sends a very clear message to our colleagues in the Senate of the high priority.”

That pressure could also build in the coming weeks when the House sends immigration reform, gun control and criminal justice reform legislation to the Senate, pitting progressives against moderates such as Sen. Joe Manchin, D-W. Va., who fiercely opposes changing the Senate’s rules.