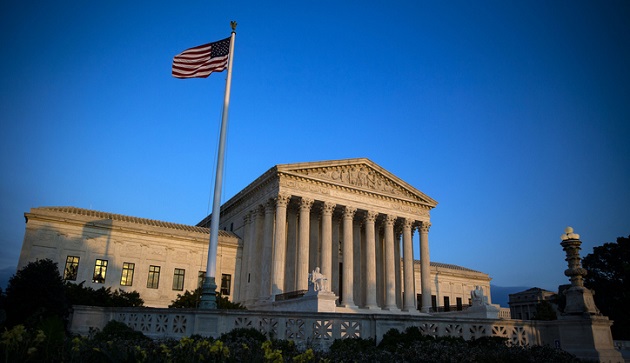 (WASHINGTON) — State governments across the country are taking steps to firm up abortion rights if the Supreme Court decides to overturn Roe v. Wade, the landmark decision that granted protections for a woman’s right to an abortion.

A leaked Supreme Court draft opinion published by Politico on Monday apparently shows that the court will overturn Roe. Chief Justice John Roberts confirmed the authenticity of the draft and ordered an investigation into its release.

State legislatures have introduced a range of legislation to end existing restrictions, protect the right to abortion and increase access to abortion care, according data from the Guttmacher Institute, which studies sexual and reproductive health and rights.

While overturning Roe would not criminalize abortion at the federal level, experts said it would be left to states to regulate abortions.

“In the absence of a federal right to abortion, then each state could determine for itself whether to protect and expand abortion rights and access or whether to prohibit abortion entirely,” said Elisabeth Smith, the director for state policy and advocacy at the Center for Reproductive Rights.

Smith added, “Roe, for the last almost 50 years, has provided essentially a federal floor and states are not allowed to go beneath the protections of Roe, but states were always free to create more protections and more access than Roe affords. If Roe is overruled, essentially that federal floor would be removed and all abortion policy would be up to each state.”

This map shows where abortion will remain legal in the U.S. if Roe is indeed overturned.

The Center for Reproductive Rights estimates that up to 25 states could outlaw abortion entirely. Of the remaining, 22 states have a state right to abortion established in a state constitution or state statute, while three do not have state protections for abortion.

“So regardless of the Supreme Court’s decision, abortion will remain legal in at least 22 states,” Smith said.

Abortion is not protected in New Mexico, Virginia and New Hampshire. Smith said women in these states will still likely have access to abortion in the future.

“In New Mexico, they very recently repealed their pre-Roe ban. Virginia, two years ago, repealed many medically unnecessary abortion restrictions that had been in statute for a long time. New Hampshire does not have many of the abortion bans and restrictions that we see in the states that we term ‘hostile’ to abortion rights,” Smith said.

Live Action, a nonprofit anti-abortion group, told ABC News that 22 states already have anti-abortion laws that would kick in if Roe falls.

“Nine states in this group have pre-Roe abortion restrictions still on the books; 13 states have a so-called ‘trigger ban’ that is tied to Roe being overturned and five states have laws passed after Roe restricting nearly all abortions,” Live Action told ABC News.

While several states have moved to limit or ban access to abortions, many states have also moved to expand access and increase protections for them.

Progressive states are expanding access for their residents and enacting measures to support people from other states who may need to cross state borders to receive access to abortion services due to new restrictions or bans in their home state, according to the Guttmacher Institute.

State legislatures have introduced 231 protective measures in 29 states and the District of Columbia between Jan. 1 and April 14, according to Guttmacher.

Only 11 protective measures have been enacted in seven states in that time frame, according to Guttmacher.

The governor in Colorado signed a bill in April codifying the right to abortion. A Connecticut bill passed in April that protects women who get abortions, those who assist them and abortion providers, and prevents state agencies from assisting interstate investigators seeking to hold people liable. Vermont passed a constitutional amendment guaranteeing the right to abortion which will be on the ballot in November, according to Live Action.

Despite efforts by Maryland’s governor to veto a bill that expands who can provide abortions, state lawmakers were able to override his veto in April.

Efforts to protect access to abortion include provisions expanding the types of health care professionals who can provide abortion care; legislation to assist patients with paying for an abortion; and earmarking state funds for abortion services.

Three states — Colorado, New Jersey and Washington — have enacted rules that establish or expand statutory protections for the right to abortion. Two states, Maryland and Washington, have authorized advanced practice clinicians to provide abortion care, according to Guttmacher.

California, Maryland, New York and Oregon have enacted legislation that requires health plans to cover abortion or establish a state fund to assist with abortion costs, according to Guttmacher.