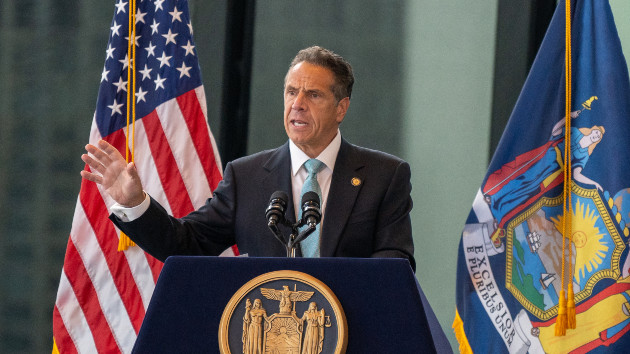 New York Gov. Andrew Cuomo will be questioned on Saturday by investigators with the New York State Attorney General’s office related to the probe into sexual harassment allegations made against him, according to reports.

The independent probe into these accusations, ranging from alleged unwanted hugs to alleged inappropriate comments, has stretched into its fourth month.

The three-term Democrat, up for re-election next year, will be grilled in Albany by two outside lawyers, Joon H. Kim and Anne L. Clark, hired to lead the probe overseen by Attorney General Letitia James, The New York Times first reported.

Richard Azzopardi, a senior adviser to Cuomo, told ABC News: “We have said repeatedly that the governor doesn’t want to comment on this review until he has cooperated, but the continued leaks are more evidence of the transparent political motivation of the attorney general’s review.”

The attorney general’s office had no comment on the matter when reached by ABC News.

The eventual findings of the investigation will be released in a public report.

A number of women, including former Cuomo aides, have accused the governor of sexual harassment or inappropriate behavior. Accusations first emerged in December when a former aide, Lindsey Boylan, alleged harassment in a series of tweets.

The governor has shared several public apologies in press conferences for “making people feel uncomfortable” but has vehemently denied any wrongdoing and repeatedly said he would “fully cooperate” with the investigation.