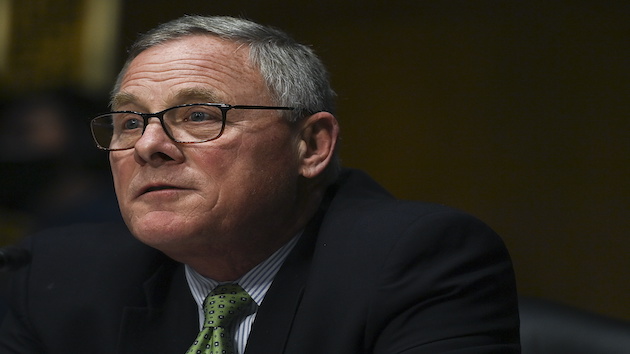 (WASHINGTON) — After joining with six Republican colleagues to vote to convict former President Donald Trump on the charge of inciting an insurrection, retiring North Carolina Sen. Richard Burr is facing a swift censure by his state party.

While the impeachment vote was the most bipartisan in history, Democrats were still 10 Republican votes short of the 67 needed to convict Trump.

Michael Whatley, the chairman of the North Carolina GOP, said in a statement that Burr’s vote to convict was “shocking and disappointing.”

“North Carolina Republicans sent Sen. Burr to the United States Senate to uphold the Constitution and his vote today to convict in a trial that he declared unconstitutional is shocking and disappointing,” Whatley said.

Burr defended his vote in a statement on Saturday, saying Trump bears responsibility for the actions on Jan. 6.

“As I said on January 6th, the President bears responsibility for these tragic events. The evidence is compelling that President Trump is guilty of inciting an insurrection against a coequal branch of government and that the charge rises to the level of high Crimes and Misdemeanors. Therefore, I have voted to convict,” he said.

GOP Rep. Dan Bishop said that he supports the immediate censure of Burr. Sen. Lindsey Graham, R-S.C., said on Fox News Sunday that Burr made Trump’s daughter-in-law Lara Trump “almost the certain nominee for the Senate seat” if she chooses to run.

“I certainly will be behind her because I think she represents the future of the Republican Party,” Graham added.

Of the seven GOP senators who voted to convict Trump, two are retiring — Burr and Pennsylvania Sen. Pat Toomey — and only one will be on the ballot in 2022: Sen. Lisa Murkowski of Alaska.

Sen. Bill Cassidy was unanimously censured by the Louisiana GOP executive committee just hours after he voted to convict Trump Saturday. Toomey is facing censure in at least two counties in Pennsylvania.

“As these facts become more and more out there, if you will, and folks have a chance to look for themselves, more folks will move to where I was,” Cassidy said on ABC’s “This Week” Sunday when asked about that censure. “I’m attempting to hold President Trump accountable … and I am very confident that as time passes people will move to that position.”

The 10 House Republicans who voted to impeach Trump back in January have also faced censure, public condemnation or the threat of primary challengers.