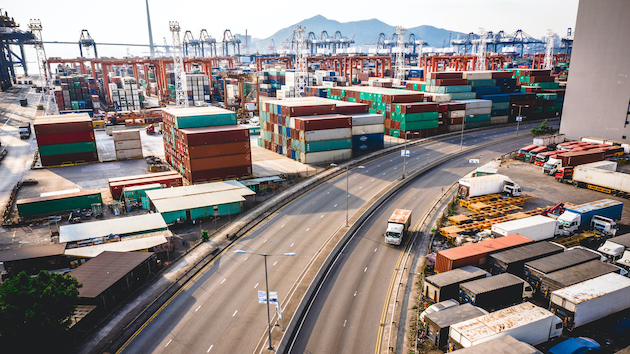 (WASHINGTON) — Senate Republicans’ potential embrace of a $1 trillion infrastructure package is an encouraging sign a bipartisan deal could be reached, Transportation Secretary Pete Buttigieg said Sunday on ABC’s “This Week.”

“They seem to be embracing the idea that about a trillion is appropriate. So there’s movement in the right direction,” he told “This Week” co-anchor Martha Raddatz. “But a lot of concerns — about things that are not in their counteroffer — they’re really important.”

Biden, also on Thursday, said he would meet again with the Republicans in the next week — after the president’s informal Memorial Day deadline — adding, “we have to finish this very soon.”

“We remain very hopeful that we can get to a good place,” Buttigieg said Sunday. “But as the president often says, ‘inaction is not an option.’ And we really are facing some serious time pressure as we look to that.”

Raddatz asked the secretary to clarify the Biden administration’s position on a new Washington Post report that detailed how the GOP senators planned to distribute a potential package.

“Republican senators who met with President Biden feel they may have landed on a compromise of $1 trillion over eight years spread out and that it could include existing spending plans. Is this a possibility? Is this a possible compromise?” Raddatz pressed.

“Well, again, the devil is often in the details,” Buttigieg responded. “When we talk about existing spending plans, I want to make a couple of things clear — we need to make investments over and above what would have happened anyway.”

Buttigieg also denounced a GOP proposal to use some funding allocated to COVID-19 relief to pay for infrastructure.

“Remember, the rescue dollars, those went out to cities, to states, to small businesses, rural hospitals, for schools,” Buttigieg said. “We don’t have to spend those same dollars twice. Let’s keep our commitments.”

“For the most part states do not need the rescue,” Summers told the New York Times, “Spreading the spending out over the long term and applying to public investments that increase productive potential is the best way forward.”

Earlier in the interview, Raddatz asked the transportation secretary if the nation was prepared for the 37 million Americans expected to travel over the Memorial Day weekend.

“Airline schedules have been reduced dramatically over the past year for obvious reasons. There have been layoffs, reductions. You can’t get a rental car. Were we fully prepared for this travel surge?” Raddatz asked.

“I’m thrilled to see America getting back on the move,” Buttigieg said. “We’re not back to normal yet or we’re not out of the woods yet as a country with this pandemic”

“We are coming out of the biggest shocks the modern American transportation system has ever seen,” Buttigieg added. “And so, the system is getting back into gear.”

Buttigieg also emphasized that safety is a top priority and asked that Americans respect flight crews and other transportation workers.

The Federal Aviation Administration announced Tuesday it has received about 2,500 reports of unruly passengers so far this year, with 1,900 of those cases involving passengers who refused to wear masks.

“It is absolutely unacceptable to ever mistreat a transportation worker and, of course, there’s very serious fines and enforcement around that,” Buttigieg said. “It’s a matter of safety, but it’s also a matter of respect. And as we get back — let’s make sure we’re doing it in a way that we can all be proud of.”