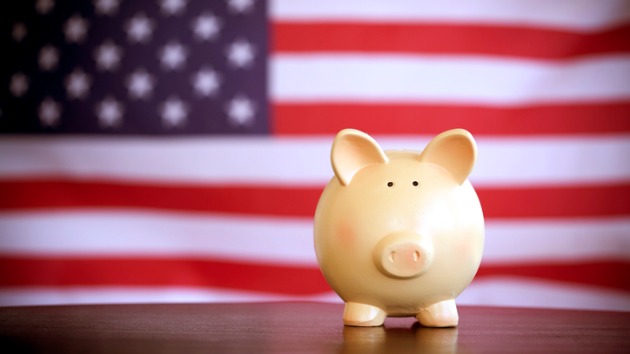 (WASHINGTON) — As lawmakers and investigators dig into the roots of the Jan. 6 Capitol insurrection, the question of who funded one of the galvanizing forces behind pro-Trump efforts to challenge election results remains shrouded in mystery.

The nationwide “Stop the Steal” movement represented one of the most vocal efforts to contest the outcome of the 2020 election. The name, coined in 2016 by Donald Trump’s longtime political adviser, Roger Stone, resurfaced during the 2020 race in a new effort led by far-right activist Ali Alexander, who is now the self-proclaimed national organizer of the “Stop the Steal” movement.

Multiple public and private entities — affiliated and unaffiliated with Alexander — championed “Stop the Steal,” and there were hundreds of “Stop the Steal” events in the weeks following the election, leading up to the Jan. 6 rally in Washington that preceded the attack on the Capitol.

But beyond the limited information contained in news reports about privately funded efforts, not much else has been publicly revealed about the funding of organizers and events leading up to the Jan. 6 attack.

Shortly after Joe Biden was declared the winner of the 2020 presidential election, Alexander set up an entity named Stop the Steal LLC, according to attorney Baron Coleman, who registered the LLC on Alexander’s behalf. As a privately held entity, the corporation is subject to very few disclosure rules.

But that’s not the case with another “Stop the Steal” group. The Committee to Stop the Steal was set up as a political nonprofit just weeks before the 2020 election, with papers signed by a young law clerk from a California firm with links to Stone. The filings said the group’s mission was to recruit poll watchers to “promote integrity in our electoral process.”

As a tax-exempt nonprofit, the group is subject to the disclosure rules of the IRS, which requires such groups to publish details about their contributions and expenditures before and after an election, and through the end of the year. Such nonprofit disclosures are electronically filed and publicly available on the IRS website — but no such documents from the Stop the Steal Committee are available on the site.

The group was set up by Ashley Maderos, whose now-deactivated LinkedIn page said she worked as a “provisional licensed attorney” at the Irvine, California, law firm of Jensen & Associates. Maderos is listed as the Committee to Stop the Steal’s treasurer and custodian of records. Paul Rolf Jensen at one time represented Stone in a range of legal matters, including representing him and his earlier incarnation of the “Stop the Steal” group from the 2016 election in lawsuits brought by multiple state Democratic parties, alleging voter harassment. In several of those cases, federal judges rejected state Democrats’ calls to restrain the Stop the Steal group’s campaigns at polling places.

Nonprofits or their designated representatives are required by the IRS to produce copies of their contribution and expenditure reports upon request. Jensen declined, telling ABC News, “If you think I need to give you information, call a [expletive] cop.” The following day, Maderos’ LinkedIn page, which had indicated that she was a “provisional licensed attorney” at Jensen & Associates, was deactivated.

It’s unclear if there is any formal connection between the Committee to Stop the Steal and Jensen, who is not listed as an officer or an agent of the nonprofit in its initial IRS filing.

Salon, which first reported on the committee’s missing disclosures on Friday, reported that when that publication called the law firm to inquire about the committee’s filings, an unidentified employee of the firm said that Maderos no longer worked there, but would not say when she left, where she went, or what had become of the nonprofit group.

Neither Maderos nor Jensen & Associates have responded to further inquiries from ABC News.

A person familiar with the older, 2016 “Stop the Steal” organization, said the 2020 entity is essentially the same — with “no formal connection” to Alexander’s organization. And the source, who spoke under the condition of anonymity, said the Committee to Stop the Steal didn’t file disclosure reports from 2020 because it was mostly dormant during the most recent presidential election, with no significant contributions or expenditures.

If in fact the committee didn’t raise more than $25,000, it could be exempt from the filing requirements, campaign finance attorney Joe Birkenstock told ABC News. Or if the committee did not engage in any political activity leading up to the election, and instead operated only after the election, it may not have needed to comply with the IRS filing rules for political organizations, he said.

Birkenstock said that because he knows so little about the group’s activities, he can’t say whether those circumstances would have applied to the Committee to Stop the Steal.

The penalty for failing to file a contribution and expenditure report with the IRS on time would ultimately depend on the total amount of contributions and expenditures that did not get reported, according to IRS rules. Campaign finance attorney Caleb Burns told ABC News that in his practice, he has “not seen much in the way of IRS enforcement of these filing obligations.”

In addition to the Committee to Stop the Steal, a similar-sounding group was formed after the election under the name Stop the Steal Political Action Committee. As a PAC, that organization falls under the reporting rules of the Federal Election Commission, not the IRS. It reported donations of $11,000, though it did not reveal the identities of its donors as it is required to do.

The PAC’s treasurer, Patrick Krason, wrote in the filing that the organization was unable to gain access to donor information because its vendors stopped working with them after the Jan. 6 insurrection.

“This information is being refused to the PAC by the companies involved due to the companies choosing to unilaterally and without notice cancel the processing agreement and cut off all access to their platforms after the events of January 6,” Krason wrote. He pledged to file an amendment with the information once the PAC obtains the donor information.

Krason told ABC News that he had not heard of the similarly-named nonprofit and that his PAC is not connected to it. He said his PAC was created as an independent expenditures group to challenge Republicans who voted against challenging the electoral votes, and that it never gave any money to Alexander’s group.

Alexander, whose group was involved in the Jan. 6 rally, has sought to distance the Stop the Steal movement from the violent storming of the Capitol, saying that the chaos and civil unrest that resulted in five deaths was caused by miscommunication and confusion on the part of the rally’s other co-organizers.

“In contrast to the chaos at the Capitol, the Stop the Steal movement for election integrity remained peaceful,” Alexander wrote in a statement published on his Stop the Steal website.

“The premeditated actions of bad actors not only disgraced our Capitol but also disrupted both the Stop the Steal sponsored event at the Ellipse and the Stop the Steal organized event at Lot 8 on Capitol Hill permitted by US Capitol Police,” wrote Alexander, who could not be reached by ABC News for further comment.

Stone never spoke at the Jan. 6 rally, but he promoted it heavily online, in media appearances, and in a speech to Trump supporters in Washington the night before, telling them the president’s enemies sought “nothing less than the heist of the 2020 election.”

But Stone has maintained that he played no role in “any unlawful acts” around the Capitol on Jan. 6, repeatedly saying that he “never left the site of my hotel until leaving for Dulles Airport” that afternoon. He has also decried attempts to ascribe to him the motives of the people around him.

“Any statement, claim, insinuation, or report alleging, or even implying, that I had any involvement in or knowledge, whether advance or contemporaneous, about the commission of any unlawful acts by any person or group in or around the U.S. Capitol or anywhere in Washington, D.C. on January 6, 2021, is categorically false,” Stone said in a statement to ABC News.