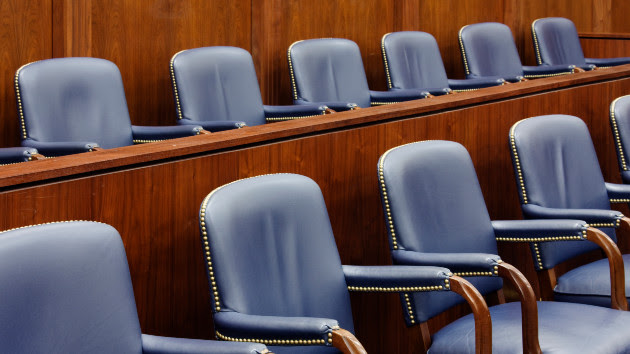 (NEW YORK) — After months of closed door testimony, the special grand jury seated as part of the Fulton County, Georgia, investigation into potential 2020 election interference has finished its work and submitted its final report, according to a filing in the case Monday morning.

The special grand jury, which was seated in May 2022 as part of the investigation into former President Donald Trump’s efforts to overturn the election, heard testimony from some of Trump’s closet allies and supporters — including lawyers Rudy Giuliani and John Eastman and Sen. Lindsey Graham.

Now, the grand jury has delivered its report and officially has been dissolved, according to a court order by Judge Robert C. McBurney filed on Monday morning.

McBurney has set a Jan. 24 hearing to determine whether the report will be made public.

The special grand jury does not have the ability to return an indictment and can only make recommendations concerning criminal prosecution. Another grand jury would bring any possible charges.

Trump, who has denounced the probe, has repeatedly defended his phone call to Raffensperger, calling it “perfect.”

The special grand jury was seated in May 2022. Since then, it has issued subpoenas for testimony to a host of Trump allies, including former Trump chief of staff Marc Meadows and former Georgie Rep. Newt Gingrich.

A number of individuals were informed this summer that they were “targets” of the probe, including Giuliani. Sixteen people identified as “fake electors” were also notified that they were considered targets in the ongoing criminal investigation, prosecutors revealed in court documents.

The 16, who prosecutors alleged participated in a scheme to overturn the state’s election results, received letters alerting them that their “testimony was required by the special purpose grand jury and that [they were] targets of the investigation” the filing said.