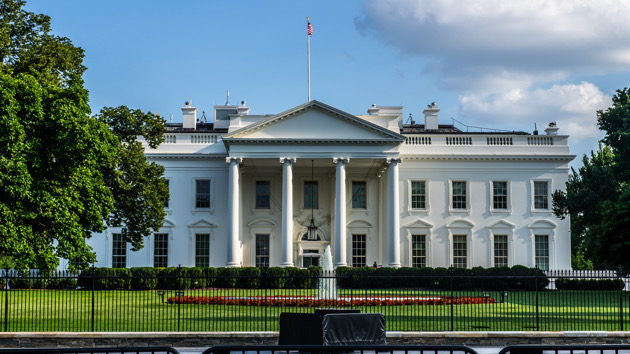 (WASHINGTON) — Four Army veterans are being recognized with the Medal of Honor for their “acts of gallantry and intrepidity” during the Vietnam War.

The awards come after U.S. Army reviews that concluded the decorated veterans’ previous honors should be elevated to the Medal of Honor, the United States military’s most prestigious award for bravery and heroism.

Birdwell, who is also a former Cherokee Nation Supreme Court justice, will become the first Native American honored for action in Vietnam and the first to receive the award for action in any conflict since 1973.

“It’s a point of great pride for the Cherokee people and I think all native people to see a Native American get this honor,” Cherokee Principal Chief Chuck Hoskin told ABC News. “I think about the fact that Dwight Birdwell represents thousands of Native Americans who have served this country in military service since the 1970s and even before at such high numbers, disproportionately high numbers. I think it’s fitting and high time that someone get the Medal of Honor who’s a Native American.”

On Jan. 31, 1968, Birdwell moved directly into the line of fire, getting wounded in the process, to retrieve ammunition for his fellow soldiers.

Birdwell told ABC News his time in the Army gave him “a sense of discipline, enhanced respect for life, more respect for nature, and respect for people beyond the boundaries of this country.”

In a 1972 battle for Fire Support Base Charlie, Duffy directed defense and facilitated the air evacuation of his team while under attack. He was the last to board an aiding helicopter.

“It’s a great honor. Each of those awards are appreciated, and recognizing your endeavors, your duty that you’ve done, and the pride you have in your uniform that you’ve earned in combat,” he said of his nomination. “And the same disciplines that applied in battle applied in life, whether it’s being a broker or any other occupation, journalist, etc., you’re focused, you’re trying to tell a story and you’re trying to do your job. So you learn discipline in the military — not just the Army but all the military — that serves you forever throughout life.”

After retiring from the Army, Duffy went on to work in publishing and finance before focusing on poetry. The Pulitzer Prize nominee’s works are engraved on two monuments.

In February 1971, Fujii served as crew chief of a helicopter ambulance. He is being honored for his role in several evacuations and tireless treatment of wounded Vietnamese military along the allied perimeter, even after a series of failed attempts to rescue him following a helicopter crash. Throughout this time, he directed strikes and defense until his eventual rescue.

On Dec. 1, 1966, Kaneshiro defended his squad in the trenches from enemy fire using six grenades and a rifle, allowing for their successful extrication.

Naomi Viloria and John Kaneshiro were young children when their father was killed in action on March 6, 1967. Viloria was 8 years old and her brother, who went on to enlist in the Army after high school, was only 4 months old.

“I didn’t know him. So you know, I didn’t have that father figure, but just reading the actions that he did in newspaper articles of the period, that told me he was a man of character,” he said. “So, you know, you put that together and say, ‘Wow, you know, I hope I can be like him."”

Viloria told ABC News their family has worked for decades to have his actions reviewed and nearly gave up.

“But then finally, this year, right after my mother passed away, we were notified that his combat record was being under review and he could possibly be awarded the Medal of Honor, and I finally got the call from President Biden,” she said, adding that the family was “overjoyed” to hear the news.

“I think for us now, our family, it’s an honor that America has suggested we recognize his selflessness, his courageousness in the face of adversity,” John Kaneshiro said. “We’re happy that he was recognized, finally.”