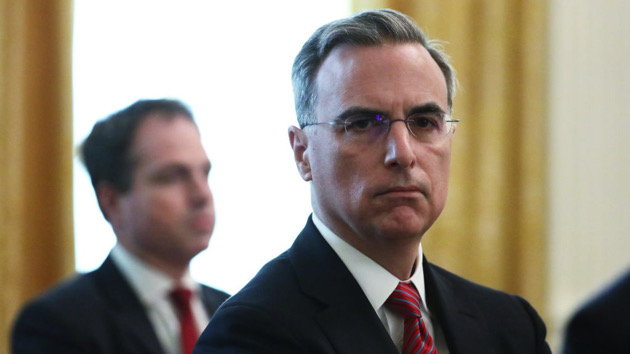 (WASHINGTON) — Former White House counsel Pat Cipollone has reached a deal with the Jan. 6 committee to testify in a transcribed interview Friday, according to sources familiar with the matter.

The deal comes after the committee issued a subpoena to Cipollone last week after talks to have him testify publicly were not successful.

Cipollone was one of the few aides with former President Donald Trump the day of the Jan. 6 Capitol riot and has significant insight into events before, leading up to and after that day.

The committee has frequently referenced Cipollone during public hearings, saying he was one of the advisers around Trump constantly telling the former president he was concerned that his actions could put him in legal jeopardy.

Cipollone was not expected to fight the subpoena, as discussions between he and the committee investigators was cordial.

Following the subpoena last week, a lawyer familiar with Cipollone’s deliberations told ABC News, “Of course a subpoena was necessary before the former White House counsel could even consider transcribed testimony before the committee. Pat Cipollone has previously provided an informal interview at the committee’s request. Now that a subpoena has been issued, it’ll be evaluated as to matters of privilege that might be appropriate.”