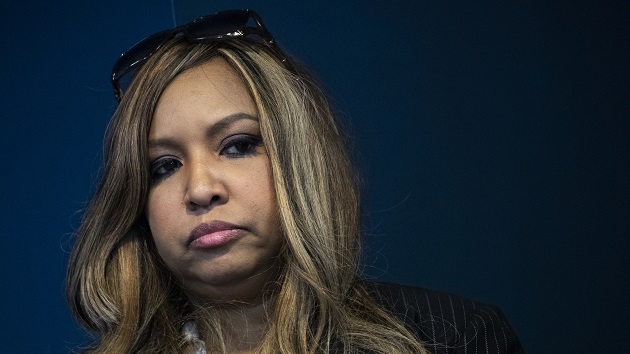 (WASHINGTON) — A former political appointee under the Trump administration has been disciplined for improperly using her official position in the Department of Housing and Urban Development to support former President Donald Trump’s reelection campaign, the U.S. Office of Special Counsel announced Tuesday.

Lynne Patton, who served as a regional administrator for HUD, was fined $1,000 and barred from federal employment for four years after admitting to violating the Hatch Act, a federal law that limits partisan activity by federal employees to ensure the government functions fairly.

Patton, a vocal supporter of Trump, abused her HUD position and connections to produce a video touting improved housing conditions in the New York City Housing Authority under the Trump presidency for the 2020 Republican National Convention, the Office of Special Counsel said in a press release.

“As a HUD employee, Patton received permission in early 2019 to temporarily live in and observe living conditions in the New York City Housing Authority (NYCHA),” the Special Counsel’s Office wrote. “During her approximately one-month stay, Patton met residents and later leveraged one of these relationships to recruit participants to film a video that would air at the RNC. Patton wanted NYCHA residents to appear in the video to explain how their standard of living had improved under the Trump administration.”

In a statement posted on social media, Patton wrote that she received “advance permission and written legal guidance” from HUD’s ethics office, and followed their instructions when producing the video. After leaving the administration, she wrote, she consulted with lawyers, who told her that having gotten permission from HUD doesn’t mitigate the offense.

She also said that residents featured in the video were not “tricked,” though some of them told The New York Times last year that they were not told the video was going to be played at the 2020 Republican National Convention.

“As such, I will never regret creating a Republican National Convention video that highlighted the permanent and continued improvements being made to the New York City Public Housing Authority (NYCHA) thanks to the efforts of President Trump, Secretary [Ben] Carson and myself,” Patton wrote.

Patton had previously received a warning letter from the Special Counsel’s Office for promoting a political tweet and displaying official Trump campaign merchandise in her official capacity. Prior to receiving the warning letter, Patton wrote on social media that she “honestly [doesn’t] care anymore” if she violated the Hatch Act, in response to criticisms of her political tweets.

During the four years of the Trump administration, critics accused multiple administration officials of performing official duties while promoting the reelection of the president, in violation of the Hatch Act.

The blending of official duties with campaign events prompted the opening of an investigation by House Democrats into whether Secretary of State Mike Pompeo violated the Hatch Act while speaking at the Republican National Convention last year while on an official overseas trip. The status of the Pompeo investigation is unclear.

Prior to that, the Office of Special Counsel found that Trump’s then-senior counselor Kellyanne Conway violated the Hatch Act numerous times by disparaging then-Democratic presidential candidates while speaking in her official capacity during television interviews and on social media.

Noah Bookbinder, president of good-government group Citizens for Responsibility and Ethics in Washington, which filed a complaint against Patton, said Patton’s behavior was “particularly egregious” because she not only used her official position for political purposes, but also “misled and exploited public housing residents for political gain.”

“Lynne Patton deserves accountability and deserves to be barred from federal employment,” Bookbinder wrote in a statement. “It is gratifying to see real consequences for outrageous misconduct. We thank the Office of Special Counsel and Merit Systems Protection Board for their hard work toward ensuring an ethical government for the American people.”