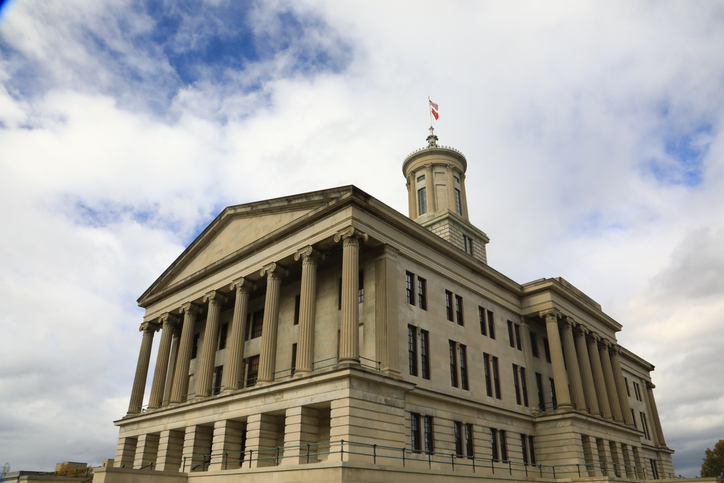 A former speaker of the Tennessee House of Representatives and his chief of staff were indicted on Tuesday on corruption charges, according to the Justice Department.

The charges allege that former speaker and current State Rep. Glen Casada and his former chief of staff Cade Cothren created a company and a fake persona to receive state funds.

The indictment alleges that Casada and Cothren said the political consulting business they actually owned and profited from was run by a “Matthew Phoenix,” but in reality there was no Matthew Phoenix and the men were profiting by diverting state funds to the business.

Casada, a Republican, said earlier this year he would not seek reelection, had resigned from House leadership in August 2019.

The Justice Department alleges the state mailer program was at the center of the corruption. The program allowed $3,000 to be used for sending constituent mail and said any other expenses could be offset by campaign funds.

“Casada and Individual 4 would and did receive kickbacks from Cothren in exchange for using their positions as members of the Tennessee House of Representatives to perform official acts, including pressuring the Tennessee House Speaker’s Office and other State officials to approve Phoenix Solutions as a Mailer Program vendor and to disburse State funds to Phoenix Solutions,” the indictment said.

Another Tennessee state lawmaker was charged in March with similar crimes, according to DOJ.

The scheme, DOJ said, also involved other state representatives but they were not named nor charged in court documents, and the scheme went on for almost three years, according to court documents.

Both men were arrested by the FBI at their houses Tuesday morning, the Justice Department said in a release.

In 2020, these companies and Phoenix Solutions received approximately $51,947 from the State in payments associated with the mailer program, DOJ alleges.

The money laundering charges carry a 20-year prison sentence if those indicted are found guilty and the public corruption and bribery charges carry 10-year sentences.

Casada has not returned ABC News request for comment and there was no lawyer listed on the court docket for Cothren.