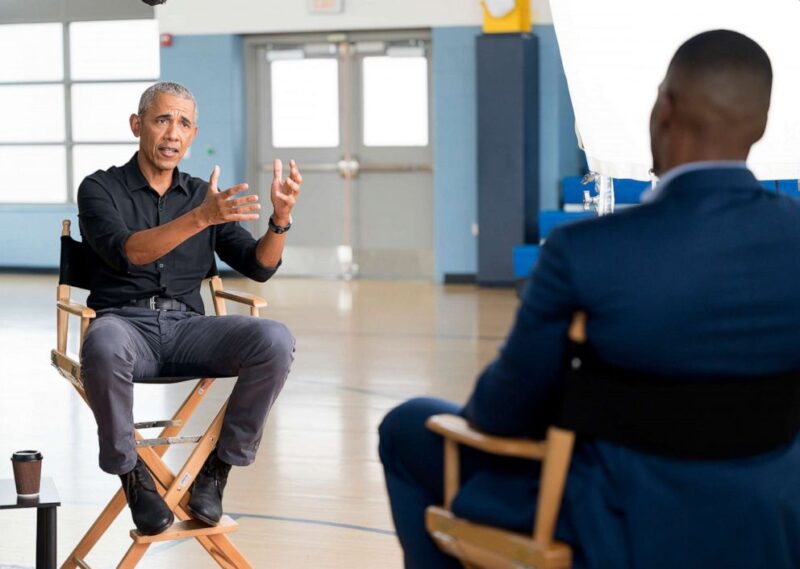 (WASHINGTON) — Former President Barack Obama has expressed support for a compromise plan proposed by Sen. Joe Manchin, D-W.Va., as an alternative to the landmark election reform bill set for a key vote in the Senate Tuesday, including some changes other Democrats on Capitol Hill have opposed.

“The bill itself, which is called the For the People Act, is a product of compromise, an effort by maybe the most conservative Democrat in the Senate or maybe the most conservative Democrat in Congress, Joe Manchin of West Virginia to come up with some common-sense reforms that the majority of Americans agree with, that Democrats and Republicans can agree with,” Obama said on a phone call with National Democratic Redistricting Committee volunteers Monday, giving a seal of approval to Manchin’s efforts to find a middle ground.

“The bill that’s going to be debated, including Senator Manchin’s changes, would address … many of the concerns and issues that I’ve just discussed,” Obama said.

Ticking off the provisions in the For the People Act he approves of, Obama said, “It would mandate at least 15 days of early voting before elections. It would ban partisan gerrymandering so state legislatures controlled by one party can’t redraw the electoral map in a way that gives them an advantage. It would restore some of the protections in the Voting Rights Act to prevent states from making it harder for some people to vote. And it would also require powerful special interest groups to disclose their election-related spending.”

“All these provisions are supported by the overwhelming majority of the American people. None of them should be particularly controversial,” Obama added.

But Obama also took a moment to acknowledge the bill is not perfect.

Some Democrats have spoken out against Manchin’s changes, including a voter ID requirement and allowing modified voter roll purges.

“I’ll be honest, the bill doesn’t have everything I’d like to see in a voting rights bill. It doesn’t address every problem, and I want to also be clear, Republicans in Congress, in the Senate have every right to offer their own proposals for making sure that our voting system is fair and secure and inclusive, and for making sure that on a bipartisan basis, we can give all Americans confidence that the election process is run the way it’s supposed to run,” Obama continued on the call.

Stacey Abrams also announced her support for Manchin’s plan, which Senate Majority Leader Mitch McConnell is using as another reason Republicans should oppose the bill.

Obama noted he has tried to stay out of the everyday machinations on Capitol Hill, but this time around, he felt it important to speak up.

“And since I left office, I’ve tried to make it a policy not to weigh in on the day-to-day scrum in Washington, but what’s happening this week is more than just a particular bill coming up or not coming up to a vote,” he said.

Later Tuesday, Senate Democrats are expected try to pass a voting-rights overhaul that President Joe Biden has identified as critical to his agenda. With only 49 Democrats and not a single Republican expected to support the For the People Act, a version of which has already passed the House, the bill is all but dead.