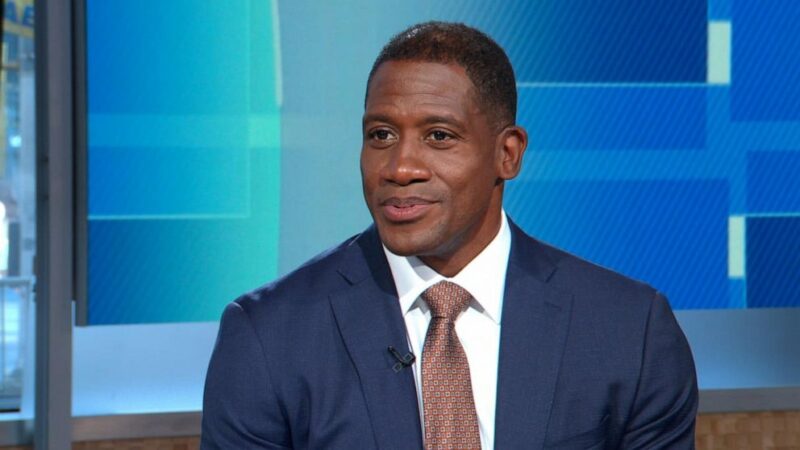 (NEW YORK) — Michael Collins, the former chief of staff to the late-Rep. John Lewis, joined ABC’s “Good Morning America” co-anchor Robin Roberts to reflect on the life and legacy of the civil rights icon, chronicled in his new book “Carry On.”

Collins, who worked with Lewis for 21 years, said the inspiration for the book came in the final months of Lewis’ life.

“It was the last months of his life, and we had an opportunity to really think about his legacy, and what he was going to leave. And this was one of the opportunities he wanted to take, and this was to tell a story of just who he was, the simpleness of the man,” Collins said.

“It was difficult because it was during the time that he was sick and he didn’t have a lot of energy. But he made effort to really tell the story. And that’s what’s important. He wanted to always tell the story,” he added.

Collins said “Carry On” will give readers an opportunity to learn more about Lewis’ optimistic spirit.

“He woke up as if it was a brand new day, literally, and he welcomed everybody, he welcomed his thoughts for the day. And he would say, ‘Let’s get ready. Got a new day. Let’s go.’ And it was just an experience that you never forget. And for him, it just allowed him to just keep going on with optimism and fire every day,” Collins said.

Pointing to Lewis’ legacy of advocating for equal rights, Roberts asked Collins how he believed Lewis would respond to the country’s current racial climate.

He added that, though Lewis was dismayed by the tense racial climate, he found inspiration through the young people at the forefront of the protests.

“He was very sad, but he was inspired by all the young people, all the young people across the country. He didn’t condone the violence, but he’d love to watch the people protest, peacefully, non-violently, because again it reminded him of a time not so long ago when he was young,” Collins explained.

Shifting to the current debate over voting rights, Roberts asked how Lewis would react to the recent DOJ lawsuit brought against Georgia — Lewis’ home state — due to the state legislature’s passing of restrictive voting laws.

“He would champion it. Most definitely. You know, the vote was precious, sacred. And that’s what he would always talk about, and he felt like everybody should have the right to vote. And that was what he fought for his entire life,” Collins said.

Roberts concluded the interview by asking Collins how he was carrying out his own legacy.

“I’m trying to live out his legacy. It’s been a journey, it’s been a journey,” he said. “I’m fortunate enough to now be working for the vice president of the United States. Her leadership is something that I’m looking forward to just embarking on in the world. And this is an extension of the work that I did with him, and I look forward to that tremendously.”