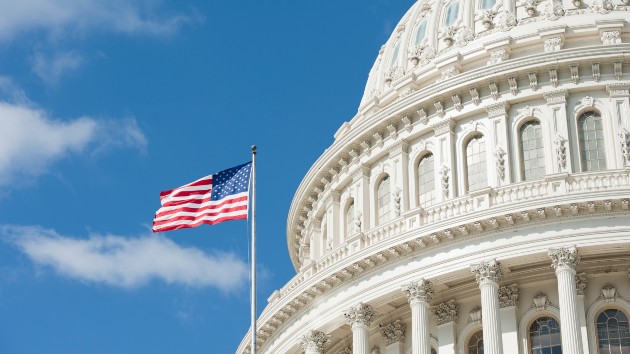 (WASHINGTON) — Former Acting U.S. Secretary of Defense Christopher Miller testified Wednesday that he was concerned in the days before the Jan. 6 insurrection that sending troops to the Capitol would fan fears of a military coup or conspiracies that advisers to the president were advocating martial law — which could cause a repeat of the deadly 1970 Kent State University shooting in which Ohio National Guard troops fired at demonstrators and killed four American civilians.

“Historically military responses to domestic protests have resulted in violations of American civil rights, and even in the case of the Kent State protests of the Vietnam War tragic deaths,” he said. “I fervently believe the military should not be utilized in such scenarios, other than as a last resort, and only when all other assets had been expended on January 6.”

But U.S. Rep. Carolyn Maloney, D-N.Y., testified on Wednesday that the “federal government was unprepared” for the Jan. 6 insurrection on the United States Capitol, “even though it was planned in plain sight on social media for the world to see.”

Maloney, who is chair of the U.S. House of Representatives Committee on Oversight and Reform, also said the U.S. Department of Justice and the Federal Bureau of Investigation “have a special duty to warn of domestic terrorist threats, yet it’s clear that despite all of this intelligence, the federal government was not prepared.”

“It is our duty to understand what went wrong that day, to seek accountability, and to take action to prevent this from ever happening again,” Maloney said. “Today — more than four months later — we’re still in the dark about exactly what went wrong.”

The New York Congresswoman, during her remarks, called for a 9/11 style “independent, bipartisan commission, focused on investigating the root causes of this insurrection.”

Maloney is expected to grill former acting U.S. Secretary of Defense Miller on the timeline of events regarding the delayed response in deploying National Guard troops after the Capitol building was breached by rioters. Maloney said in her opening statement that the U.S. Department of Defense’s “explanations of its own actions have failed to address critical questions.”

“Why did military leaders place unusual restrictions on commanders on the ground?” Maloney asked. “Mr. Miller says that he first learned that the mob had entered the Capitol between 1 p.m. and 1:30 p.m. So why did the Defense Department wait until after 5 p.m. before sending the National Guard to the Capitol?”

The testimonies are taking place during a hearing held by the House Committee on Oversight and Reform entitled “The Capitol Insurrection: Unexplained Delays and Unanswered Questions” — the latest in a series of high-profile congressional hearings centered on the Jan. 6 insurrection.