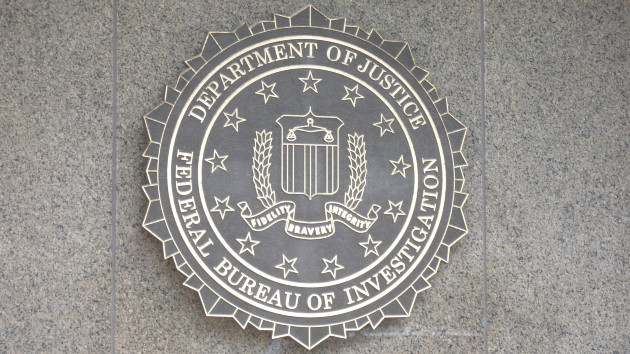 (NEW YORK) — Foreign actors are “likely” to use “information manipulation” to try to influence the 2022 election, the Cybersecurity and Infrastructure Security Agency and FBI warn in a new bulletin.

“Foreign actors may intensify efforts to influence outcomes of the 2022 midterm elections by circulating or amplifying reports of real or alleged malicious cyber activity on election infrastructure,” the public service announcement dated Oct. 6 states. “Additionally, these foreign actors may create and knowingly disseminate false claims and narratives regarding voter suppression, voter or ballot fraud, and other false information intended to undermine confidence in the election processes and influence public opinion of the elections’ legitimacy.”

CISA is the cyber arm of the Department of Homeland Security.

The law enforcement agencies cite previous elections where foreign governments, without directly naming any, have attempted to influence the election and “incite violence” as a result of spreading misinformation.

In the 2016 and 2020 presidential elections, the U.S. government identified Russia, China and Iran as election disrupters.

John Cohen, the former Acting Secretary of Intelligence and Analysis at the Department of Homeland Security said it is “critical” local, state and federal officials come together to “understand the risks posed by these foreign and domestic threat actors and take steps to protect elections officials, workers and infrastructure from physical and cyberattacks.”

“As we approach the midterm elections, state and local officials face a number of highly dangerous election-related threats ranging from cyberattacks and information operations by hostile foreign powers to threats of violence directed at election officials and infrastructure,” Cohen, an ABC News contributor said. “The security of the nation depends on it.”

“These efforts by foreign actors aim to undermine voter confidence and to entice unwitting consumers of information and third-party individuals to like, discuss, share, and amplify the spread of false or misleading narratives,” the alert says.

“The FBI and CISA urge the American public to critically evaluate the sources of the information they consume and to seek out reliable and verified information from trusted sources, such as state and local election officials and reputable news media. The FBI and CISA will continue to quickly respond to potential threats, by seeking to engage with state and local officials and the public when possible,” the alert adds.

Earlier this week, officials from the Department laid out what they see as the biggest threats to the 2022 midterm elections.

Among the “big four” areas of concern Jenn Easterly, the director of CISA, says, are insider threats, threats from state-sponsored actors, physical threats and disinformation.

“Cybersecurity threats from sophisticated state sponsored threat actors, but also from cyber criminals, we still worry about potential ransomware attacks, insider threats from people with institutional knowledge and current or prior Authorized Access to equipment or sensitive information,” she told reporters on Monday, adding they’ve seen examples of these activities but declined to provide any. “We’ve seen some of this increasing physical security concerns which very sadly include unprecedented levels of threats and harassment targeting election officials and, increasing myths and disinformation about elections that that undermine confidence in our democratic institutions.”

Easterly told ABC News that the challenges are “interconnected” and cannot be viewed individually, especially when it comes to foreign threat actors.