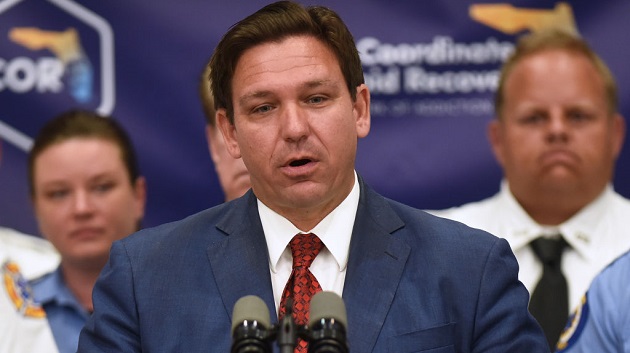 (TALLAHASSEE, Fla.) — Florida will soon bar transgender residents from using Medicaid to pay for gender-affirming care, according to the state’s Agency for Health Care Administration. The rule goes into effect Aug. 21.

These organizations recommend gender-affirming care for the treatment of “gender dysphoria” — when a person experiences emotional distress because their assigned sex at birth and gender identity don’t align.

“Because gender-affirming care encompasses many facets of healthcare needs and support, it has been shown to increase positive outcomes for transgender and nonbinary children and adolescents,” reads guidance from HHS. “Gender-affirming care is patient-centered and treats individuals holistically, aligning their outward, physical traits with their gender identity,” the guidance continues.

However, the Florida Agency for Health Care Administration changed its rules Thursday. Medicaid can no longer be used to pay for medications and surgeries of those diagnosed with gender dysphoria in the state.

A 2019 study by the Williams Institute at UCLA School of Law found that about 32,000 of the roughly 152,000 U.S. trans adults enrolled in Medicaid at the time lived in states that denied coverage for gender-affirming care.

AHCA proposed the change in a June memo, recommending limitations on puberty blockers, hormones, sex-reassignment surgeries and “any other procedures that alter primary or secondary sexual characteristics.”

AHCA proposed the change in a June memo, recommending limitations on puberty blockers, hormones, sex-reassignment surgeries and “any other procedures that alter primary or secondary sexual characteristics.”

He claimed treatments like sex-reassignment surgery, and hormone and puberty blockers are not effective treatments for gender dysphoria based on three cited studies that dispute the general medical consensus on the condition.

He said federal medical guidelines are “about injecting political ideology into the health of our children. Children experiencing gender dysphoria should be supported by family and seek counseling, not pushed into an irreversible decision before they reach 18,” he said in a statement.

Almost simultaneously, the Florida State Board of Medicine voted on Aug. 5 to begin formulating a rule that would deny gender-affirming care to people under the age of 18 and require adults to consult with their doctors before receiving such care.

“You don’t disfigure 10, 12, 13-year-old kids based on gender dysphoria,” DeSantis said in a recent press conference. “I think these doctors need to get sued for what’s happening.”

He also made claims that children with gender dysphoria often regret their gender-affirming care; however, a 2021 study from researchers across the country found that the total number of people who regret their care is almost non-existent.

Health care providers have told ABC News that gender-affirming surgeries are not used on minors.

These moves led to outrage from LGBTQ groups and health care providers across the country.

“Science, medicine, and evidence-based approaches have demonstrated time and time again that transition-related care is medically necessary and life-saving care, and if this proposal is adopted, it will go against the recommendation of every major medical association,” said Sarah Warbelow, Human Rights Campaign Legal Director in a statement. “The truth matters and so does protecting Florida’s youth and their families.”

Under DeSantis’ leadership, Florida has continuously battled against professional and activist-based recommendations for gender inclusivity. Recently, several of the state’s agencies openly dismissed nondiscrimination recommendations from the federal level. In July, the Parental Rights in Education law, dubbed the “Don’t Say Gay” law, went into effect.

Supporters of the law say that children should not be learning about gender identity and sexual orientation in grades K-3. Critics say it will silence and shame LGBTQ identities in the classroom.