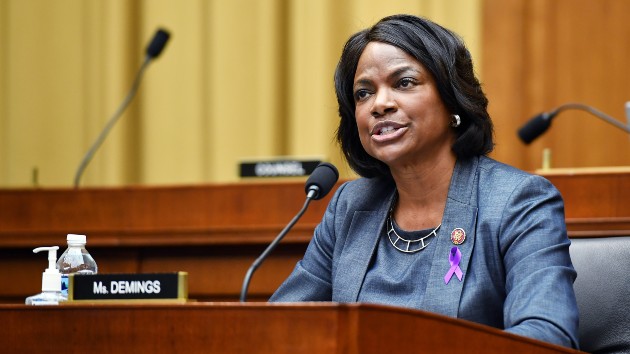 Demings, 64, was one of about a dozen women President Joe Biden considered as his pick for vice president. She also served as one of seven House managers at former President Donald Trump’s first impeachment trial.

Now in her third term representing Florida’s 10th Congressional District, Demings has been on the fence for months — considering a run for the U.S. Senate or Florida governor — but one source tells ABC News her decision came down to her increasing frustration with Senate Republicans and what she sees as their “obstruction” of critical legislation.

The source said Republican opposition to Biden’s massive COVID-19 relief package “pushed her over the edge.”

A national Democrat with knowledge of the party’s strategy on Senate races also confirmed to ABC News that Demings is strongly considering a run for Senate.

“Val is an impressive and formidable candidate whose potential entrance would make the race against Rubio highly competitive,” the source said Tuesday.

Demings would enter the race as Florida becomes increasingly red. Only one Democrat won statewide in 2018 — Agriculture Commissioner Nikki Fried — who has been positioning herself to challenge Republican Gov. Ron DeSantis next year.

There are currently no Black women serving in the U.S. Senate. There’s has never been a black female governor in the nation’s history.

An adviser to Demings said she felt like the Senate is the next “natural step” in her public service career, which began as a police officer in Orlando.

Born in Jacksonville and currently residing in Orlando, Demings grew up the youngest of seven children and was the first to graduate from college in her family. She made history in 2007 when she was appointed to serve as Orlando’s first female police chief.

She was first elected to the U.S. House of Representatives in 2016.

Demings’ mulling a run was first reported by Politico. She told the outlet in April she was “seriously considering” a run for Senate or governor.

A formal announcement is expected in the coming weeks.