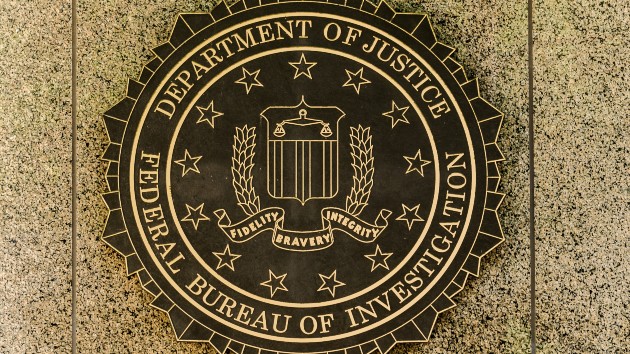 (WASHINGTON) — In a new warning to congressional lawmakers, the FBI assesses that frustrated followers of the QAnon conspiracy theory could turn from online talk of violence to causing real-world violence.

The FBI warning about domestic violent extremists (DVE) comes as the Biden administration on Tuesday released a new strategy to deal with the threat.

“We assess that some DVE adherents of QAnon likely will begin to believe they can no longer ‘trust the plan’ referenced in QAnon posts and that they have an obligation to change from serving as ‘digital soldiers’ towards engaging in real world violence — including harming perceived members of the “cabal” such as Democrats and other political opposition — instead of continually awaiting Q’s promised actions which have not occurred,” the FBI said.

Other Q adherents will disengage from the movement, given the administration change, especially given the large removal of Q accounts and groups from mainstream social media sites, and “and the failure of long-promised QAnon-linked events to materialize,” the FBI said.

The FBI bulletin warns that DVEs could use radicalize Q believers.

“Some DVEs have discussed how to radicalize new users to niche social media platforms following QAnon adherents’ migration to these platforms after large scale removals of QAnon content from mainstream sites,” the FBI bulletin said.

“Adherence to QAnon by some DVEs likely will be affected by factors such as the severity of the COVID-19 pandemic, the level of societal polarization in the United States, social media companies’ willingness to host QAnon-related content on their sites, and the frequency and content of pro-QAnon statements by public individuals who feature prominently in core QAnon narratives,” the bulletin said.

The FBI notes it has arrested 20 self-identified QAnon adherents it says participated in the Jan. 6 assault on the U.S. Capitol, and the FBI has arrested multiple other alleged Q believers across the country.

The document also noted that the FBI does not investigate ideology, rather the violence that stems from the ideology.

The Biden administration laid out its “core” four pillars to combat domestic violent extremism on Tuesday, releasing a long-awaited report that highlights the administration’s effort to combat what law enforcement leaders say is the biggest threat to national security.

The report was born out of an executive order issued by President Joe Biden shortly after he took office.

The strategy will center on information sharing, thwarting DVE recruitment and mobilization efforts, disrupting activity before violence occurs and addressing the long-term issues that lead to domestic violent extremism.