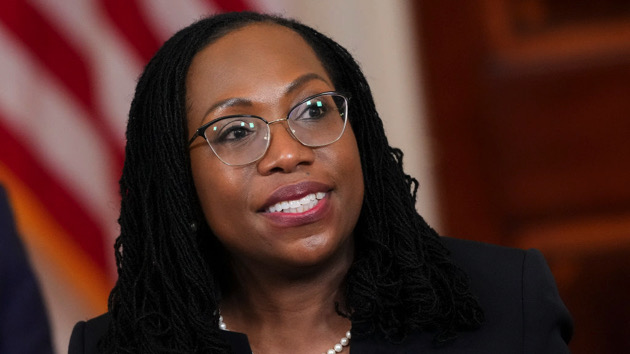 While court records show that Jackson did impose lighter sentences than federal guidelines suggested, Hawley’s insinuation neglects critical context, including the fact that the senator himself has voted to confirm at least three federal judges who also engaged in the same practice.

Federal Appeals Court Judges Joseph Bianco of the Second Circuit and Andrew Brasher of the Eleventh Circuit, both Trump appointees, had each previously sentenced defendants convicted of possessing child pornography to prison terms well below federal guidelines at the time they were confirmed with Hawley’s support, an ABC review of court records found.

Hawley’s office did not immediately respond to ABC News’ request for comment on the votes.

Berman also points out that government prosecutors often request below-range sentences, including in most of the Jackson cases that Hawley cited.

“The guidelines are now purely advisory, and many judges of all stripes routinely find that within-guidelines sentences are unduly harsh, in particular when it comes to first-time offenders,” said Cardozo Law professor and ABC News legal analyst Kate Shaw.

The U.S. Sentencing Commission, the bipartisan body created by Congress to set federal sentencing rules, explained in its 2021 report that suggested prison terms for defendants convicted of possessing child pornography – as opposed to producing the materials – have “been subject to longstanding criticism from stakeholders and has one of the lowest rates of within-guideline range sentences each year.”

“Less than one-third (30.0%) of non-production child pornography offenders received a sentence within the guideline range in fiscal year 2019,” the report said.

Republican Sen. Mike Lee of Utah, a member of the Judiciary Committee, suggested Thursday that regardless of the context around Judge Jackson’s sentences he remains concerned. “The White House’s whataboutist response to Judge Jackson’s very real record in child pornography cases is dismissive, dangerous, and offensive. We need real answers,” he tweeted.

An ABC News review of federal judges appointed and confirmed during the Trump administration found nearly a dozen had handed down below-guideline sentences in cases of defendants viewing, possessing, transporting or distributing child pornography.

Sixth Circuit Judge Amul Thapar, who was on Trump’s Supreme Court short list in 2018, sentenced a man convicted of distribution of child pornography to 73 months behind bars when the guidelines suggested 97-121 months.

“There were three Republicans on the Commission at the time including Judge Bill Pryor of the 11th Circuit, Ricardo Hinojosa, a judge in a border district, and Judge Dabney Friedrich, who was appointed to the bench by Donald Trump,” said Rachel Barkow, vice dean of NYU Law School and a former Sentencing Commission member. “I don’t think the three of them would be labeled soft on crime.”

Multiple independent fact-checkers, including the Washington Post, have debunked the bulk of Hawley’s claims. The White House has called them “toxic and weakly-presented misinformation.”

“As far as Senator Hawley is concerned, here’s the bottom line: He’s wrong,” Senate Judiciary Committee Chairman Sen. Dick Durbin said on ABC News This Week. “He’s inaccurate and unfair in his analysis. Judge Jackson has been scrutinized more than any person I can think of. This is her fourth time before the Senate Judiciary Committee, and three previous times, she came through with flying colors and bipartisan support.”