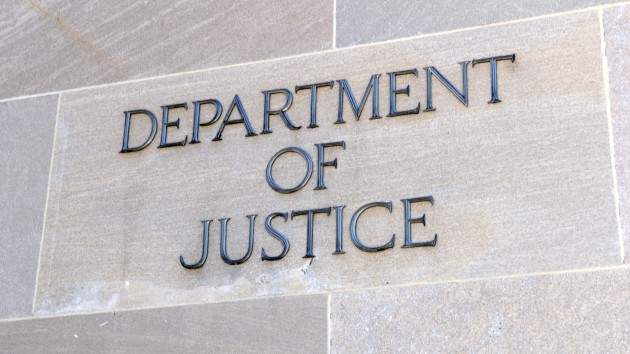 (WASHINGTON) — Facing “a significant influx of cases” from the fatal siege of the U.S. Capitol last month, the Justice Department has issued an internal plea for help to federal prosecutors across the country, asking the department’s 93 U.S. attorneys’ offices to send capable personnel to the office in Washington.

“The (office) has an urgent need for assistance with prosecuting hundreds of criminal cases,” a senior Justice Department official wrote in an email to U.S. attorneys and other federal prosecutors last week. “Based on the importance and immediacy of the need, we ask each United States Attorney to consider whether he or she can offer critical assistance to the (office in Washington).”

The Justice Department official requested that offices respond by the end of this week.

In the initial aftermath of the siege, which left at least five people dead, including a U.S. Capitol Police officer, many U.S. attorneys publicly vowed that each of their offices would track down and prosecute any rioters who came from their jurisdictions.

“Let me be perfectly clear,” the U.S. attorney in South Carolina, Peter McCoy, posted to Twitter just hours after the Capitol was breached on Jan. 6. “Anyone who traveled from the District of South Carolina with intent to aid this travesty or commit acts of destruction will be prosecuted by (my office).”

Nearly a dozen other U.S. attorneys posted similar messages about the role that their own offices would play in prosecuting cases from the siege. But so far, the U.S. attorney’s office in Washington has taken charge of every single case filed by federal authorities — more than 180 cases in the past month.

Some of those charged live in Washington, but many others came from 39 different states across the country, according to a database operated by George Washington University’s Program on Extremism.

“The cases are all being charged here in D.C.,” the acting U.S. attorney in Washington, Michael Sherwin, told reporters nine days after the siege. “And what makes this case, in particular, unprecedented and unusual and extremely complex is the fact that after the event, obviously thousands of people went back to their home districts. And that has complicated things.”

Just hours before Congress was set on Jan. 6 to certify Joe Biden as the next president of the United States, violent supporters of then-President Donald Trump stormed the Capitol, many of them believing — based on unfounded claims from Trump himself — that the 2020 presidential election had been stolen from Trump through fraud. According to authorities, some of the rioters have ties to radical right-wing groups such as the Proud Boys and Oath Keepers.

The senior Justice Department official’s email last week said the cases coming out of the Capitol siege cover “a variety of offenses including obstruction, entering a restricted building, assault on a federal officer, destruction of government property, rioting, and seditious conspiracy.”

Anyone willing to help “may serve from their home districts or in the District of Columbia,” and the temporary reassignment to the U.S. attorney’s office in Washington could last up to nine months, the email said.

Federal authorities have already identified at least 400 people who may have committed crimes at the Capitol on Jan. 6. To gather enough evidence to file charges, authorities must undertake a painstaking process, including reviewing thousands of hours of video footage, scrutinizing an array of social media accounts and seeking court-approved subpoenas when necessary.

The U.S. attorney’s office in Washington “is working diligently with investigators to gather evidence and enforce our nation’s laws,” the email last week said.

In a written statement to ABC News, a Justice Department spokesman said “the Department decided to prosecute all cases stemming from the Jan. 6th siege of the capitol out of the Washington, DC, office because that is where the crimes occurred.”

And, according to one recently-departed U.S. attorney, “There was no edict on high (telling other offices) to back off.”

“As a matter of common sense, and as a matter of federal law, where the conduct takes place is where it’s prosecuted,” the former U.S. attorney added, speaking on the condition of anonymity about the matter.

But other former Justice Department officials expressed concern that a single office was now responsible for prosecuting so many cases.

“There’s a clear resource issue, and the fact that the D.C. office has to have prosecutors come in from outside to prosecute these cases magnifies this point,” one former department official said.

In addition, “The importance of some of these cases is going to be lost when you’re bringing hundreds of them,” the former official added, also speaking on the condition of anonymity.

The former U.S. attorney explained that when U.S. attorneys’ offices issued statements early on separately vowing to prosecute cases themselves, those offices didn’t know the exact conduct that would be uncovered in the Capitol siege. But when they watched the tragic events unfolding at the Capitol, “our jaws were on the floor,” so they issued “aggressive” statements “to be very clear that the conduct was unacceptable and that the rule of law had to be upheld,” according to the former U.S. attorney.

Now, it’s “simply natural” for the U.S. attorney’s office in Washington to prosecute the cases, the former U.S. attorney said.

Any cases that go to trial will likely face a largely Democratic jury pool — more than 92% of voters in the nation’s capital backed Biden in the 2020 presidential election.