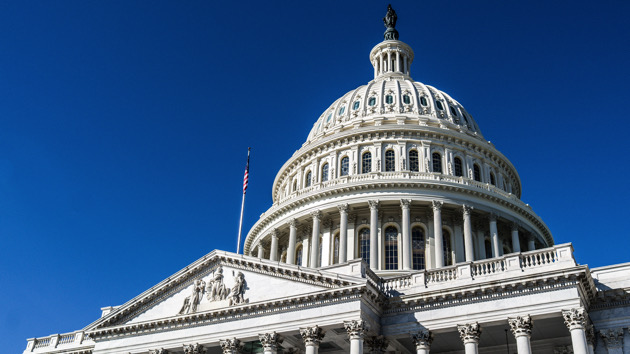 “This election, both in November and now here on December the 6th, now shows that Americans believe in democracy,” Schumer told reporters in a news conference on Capitol Hill. “The American people rejected so many of this MAGA extremism — both in knocking down and not voting for extreme MAGA candidates … Many of the voters in the middle came over to us because they worried what the Republican Party under MAGA control would do to our democracy.”

The 2022 midterms marked the first time since 1943 that a party in power has defended every incumbent Senate seat, a fact Schumer touted to press: “Why did Democrats defy history in these midterms?”

While praising the quality of Democratic candidates, Schumer argued that they won due to the “one-two punch” of Americans retreating from the Republican Party and rewarding Democrats for passing legislation that he said actually matters to voters.

“The combination of those two things was the powerful one-two punch that made us defy all the odds and provided the right so our candidates, both incumbent and non-incumbent, could prevail,” Schumer said, describing when he thought things began to shift for Democrats after dire midterm predictions.

He called the Supreme Court’s June decision to overturn national abortion rights “the crystallization” for the public on Republicans’ move to the right: “[That’s] when people said, ‘Wow, these MAGA Republicans are serious about turning the clock all the way back,"” he said.

Schumer said the conservative court’s majority decisions to expand concealed carry for firearms and to limit the Environmental Protection Agency’s power to curb emissions only added to these fears.

The House Jan. 6 committee’s public hearings on the Capitol attack also “played an important effect,” he contended, in exposing extremism in the GOP.

Now that Democrats have total control of the Senate and are no longer governed by a 50-50 power-sharing agreement with Republicans, Schumer said they are breathing a “sigh of relief.”

Unlike in an evenly split chamber where committees hold an even split of partisan representation, the additional seat will allow Democrats to have clear majorities on committees, making it easier to move future legislation and judicial and executive nominations.

Schumer also highlighted the subpoena power Democrats will have to investigate private sector as well as government entities.

The Senate leader declined multiple questions to speculate on what specific actions Democrats might take in the new Congress. The House’s incoming GOP majority has already promised what they call aggressive oversight of the Biden administration, including focus on the southern border, the Afghanistan withdrawal and the president’s son Hunter.

Speaking with reporters, Schumer repeated a broad message that he hopes to work with non-MAGA Republican lawmakers — and promised to pursue that goal “with the same kind of energy that we pursued winning this election.”

“There are a good number of Republicans in the Senate and the House who are not MAGA Republicans who know that if the Republican Party follows the hard right and the extreme members in their caucuses, they’ll continue to lose ground. It is my intention to reach out to them and see how can we work in a bipartisan way,” he said.

Asked if he thinks Democrats would have the same wins with President Joe Biden on the ticket in 2024, Schumer said Democrats tend to do better in presidential election years — before reinforcing his support for Biden, when pressed.

“I think President Biden being on the ticket, if he runs — and if he runs, I’ll support him — would be very, very helpful,” Schumer said.

Of Warnock’s win, Schumer said he was moved to tears Tuesday night when the Georgia lawmaker mentioned his mother in his victory speech.

“He said she grew up in the ’50s picking someone else’s cotton and somebody else’s tobacco,” Schumer said. “And last night — this is so touching, every time I read it I get choked up — last night, she helped pick her son to be United States Senator. Only in America.”

He praised Warnock for having four electoral victories against Republicans in two years in a historically red state, and he took a moment of self-congratulation for his efforts to recruit the reverend to run.

“The people of Georgia are better off, the Democratic Senate caucus is better off and America is better off because he ran and won,” Schumer said. “He’s going to have a great, great future.”