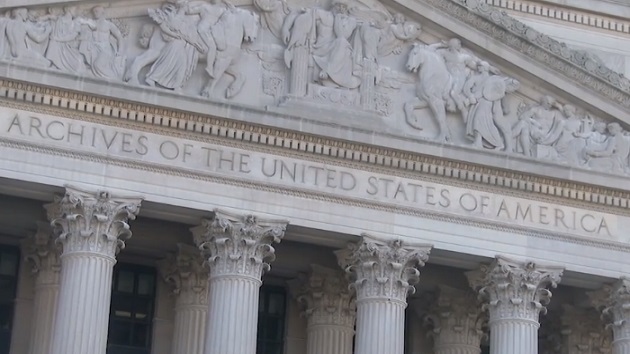 (WASHINGTON) — Two federal investigations into the handling of classified documents have drawn attention to a decades-old law governing presidential records.

Attorney General Merrick Garland on Thursday appointed a special counsel to investigate President Joe Biden’s handling of classified documents, including materials he kept from his time as vice president.

The development comes two months after Garland appointed a special counsel to oversee the Department of Justice’s investigation into former President Donald Trump’s handling of classified materials after leaving office.

Both matters have raised concerns over potential violations of the Presidential Records Act of 1978, which requires that records created by presidents and vice presidents be turned over to the National Archives and Records Administration at the end of their administrations.

Why was the law created?

The Presidential Records Act was a response to the Watergate scandal and former President Richard Nixon’s plans to have Oval Office recordings destroyed. The law, which has applied since the Reagan administration, makes presidential records the property of the federal government — as opposed to the personal property of the president — to ensure their preservation.

What are considered presidential records?

Under the act, presidential records are defined as “documentary materials” created or received by the president “in the course of conducting activities which relate to or have an effect upon the carrying out of the constitutional, statutory, or other official or ceremonial duties of the President.”

These records, which include all classified documents, can be in any media — including textual, electronic and audiovisual records — and could amount to hundreds of millions of materials in each administration.

The White House security office in every administration is tasked with properly preparing staff to preserve their records and ensure that all government documents — including those that may be classified — are accounted for and ultimately turned over to the National Archives and Records Administration when the president leaves office.

What becomes of the records?

The Presidential Records Act allows for public access to presidential records through the Freedom of Information Act, starting five years after the end of the administration. The president can restrict access to certain information for up to 12 years after leaving office.

The archivist can dispose of presidential records that they have “determined to have insufficient administrative, historical, informational, or evidentiary value to warrant their continued preservation.”

What happens if the act is violated?

In the Biden and Trump probes, the respective special counsels are investigating whether classified and sensitive information was mishandled in violation of any federal laws.

Rep. Mike Turner, the top Republican on the House Intelligence Committee, said in a letter Tuesday to Director of National Intelligence Avril Haines that the discovery of classified information at Biden’s former office “would put President Biden in potential violation of laws protecting national security, including the Espionage Act and Presidential Records Act.”

Former Rep. Carolyn Maloney had expressed concern last year that records from when Trump was in office “appear to have been removed from the White House in violation of the Presidential Records Act.”

The special counsel in Biden’s case is looking at how documents ended up in his office and his home in Wilmington, Delaware, whereas Trump’s case also involves investigating potential crimes related to the mishandling of records, such as obstruction of justice.

Violations of the Presidential Records Act are seldom pursued and even more rarely prosecuted, making for little precedent in these matters. Prior to the appointment of a special counsel for Trump’s probe, legal experts told ABC News they were skeptical that the DOJ would take the unusual step of seeking criminal charges against a former president for violating the Presidential Records Act.

Trump, who is running for president for a third time, has dismissed the DOJ’s investigation as “political” and defended himself as “innocent.”

The Biden White House has said an investigation will show the classified materials were “inadvertently misplaced, and the president and his lawyers acted promptly upon discovery of this mistake.”