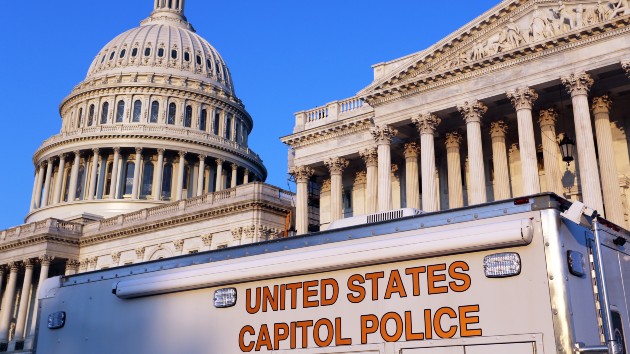 (WASHINGTON) — U.S. Capitol Police will conduct a training exercise on Monday morning and warned that emergency vehicles and low-flying helicopters might be visible.

“Please do not be alarmed,” Capitol Police posted on Twitter.

Text messages were also sent to cellphones on Saturday to warn area residents about the upcoming training.

The exercise comes about two weeks after National Guardsmen concluded a nearly five-month deployment to help secure the U.S. Capitol following the deadly insurrection on Jan. 6.

Lawmakers are also arguing about how to address ongoing security matters and whether a quick reaction force is needed. Retired Lt. Gen. Russel Honore oversaw a security review of the Jan. 6 attack and has said that if there was such a force on Jan. 6 the outcome “could have been totally different.”

A joint Senate investigation of the Jan. 6 riots is expected to produce a more than 100-page report this week, complete with recommendations on how to prepare for any future attack, including hardening Capitol infrastructure and reorganizing the Capitol Police and its governing board.

It’s also been two months since a man “intentionally struck” two Capitol police officers with a vehicle. In that incident, one officer died and the second was injured. The driver was then killed after he rammed his car into a barricade, exited the vehicle and moved towards another Capitol Police officer with a large knife, according to the Metropolitan Police Department.