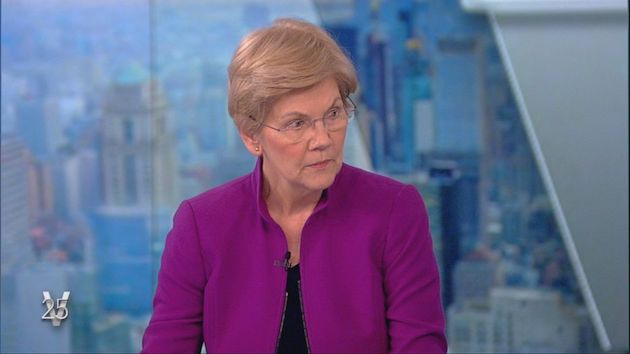 (NEW YORK) — Sen. Elizabeth Warren, D-Mass., joined “The View” Friday to reiterate what she says will be the devastating effects on women’s health if Roe v. Wade is overturned.

Since the leak of Justice Samuel Alito’s draft opinion that would repeal Roe v. Wade was released Monday, Warren has been vocal about her opposition to the court and Republican leaders who have been pushing laws in states to ban legal abortion.

Warren told “The View” that if the Supreme Court moves forward with the decision, it will be hardest on women who can’t afford to travel to locations that permit abortion, including those living in poverty and minorities.

In the leaked draft regarding the Supreme Court’s case on Mississippi’s 15-week abortion ban, Alito contended the Constitution “does not prohibit the citizens of each state from regulating or prohibiting abortion.”

The leaked draft indicated that four other Supreme Court justices have sided with Alito. The document is not final and opinions can change before the final ruling.

Senate Democrats have introduced the “Women’s Health Protection Act” which would codify Roe v. Wade at the federal level; however, it is unlikely that the bill will get the 60 votes needed to pass.

Warren said it is important that the American people see which of their leaders supported abortion rights under oath.

“The plan gets everyone on the record,” she said. “If we don’t have enough people to get this done right, this is the time to get into the fight.”

Sen. Susan Collins, R-Maine, told ABC News that she would vote no on the bill. However, she and Sen. Lisa Murkowski, D-Alaska, have proposed another bill dubbed “Reproductive Choice Act,” which would prohibit states from imposing an “undue burden” on the ability of a woman to choose to terminate a pregnancy before the fetus is viable.

The bill would allow states to keep other restrictions in place.

Warren told “The View” that she doesn’t support the alternate bill because there are too many loopholes that allow for abortion access to be restricted.

“What this is really about is about making sure there is full protection,” she said.

Warren also warned that Alito’s leaked draft could open up future legal challenges to fundamental American rights such as marriage for same-sex couples, the right to contraception and interracial marriage.