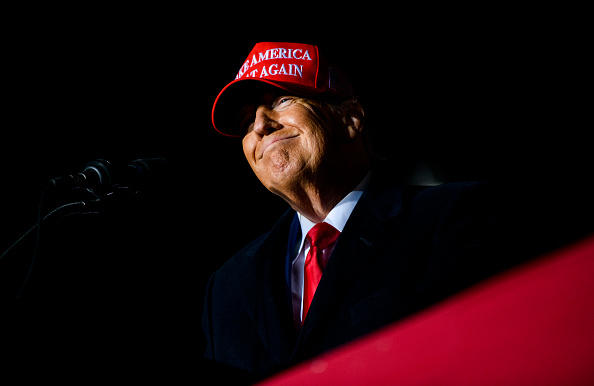 (WASHINGTON) — Former President Donald Trump is leaning toward announcing a third run for the White House, possibly as early as the week of Nov. 14, sources with direct knowledge of the matter told ABC News.

However, the sources said that the internal conversations about the timing, location and format of an announcement are extremely fluid.

Thursday night in Iowa, Trump, who has been teasing a 2024 run at rallies across the country for several months, got the closest he has come to confirming he will run.

Appearing at a campaign event for Iowa Gov. Kim Reynolds and Sen. Chuck Grassley, Trump told a crowd of supporters, “In order to make our country successful, and safe and glorious, I will very, very, very probably do it again.”

Some aides have suggested the former president believes that declaring his candidacy would shield him from the numerous investigations that currently involve him and his allies. Trump is facing several federal probes, including the Jan. 6 investigation, the investigation into documents recovered at Mar-a-Lago, and an investigation into his social media company, Truth Social.

His namesake family real estate business, The Trump Organization, is currently on trial in New York for tax evasion and fraud — charges that would not be affected if he’s reelected president.

The company has denied wrongdoing.