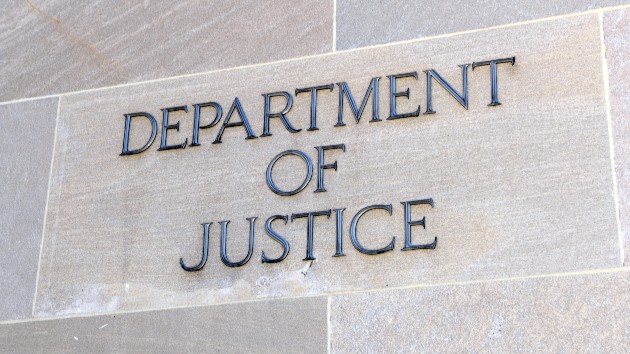 (WASHINGTON) — Department of Justice officials are warning that domestic violent extremism is a persistent problem in the U.S. just over a month after the deadly siege at the United States Capitol.

More than 300 individuals have been charged so far in connection to the Jan. 6 attack on the U.S. Capitol, the Justice Department announced on the call, with more than 280 arrested in what officials described as an investigation moving at “unprecedented” speed and scale.

Carlin and senior DOJ and FBI officials provided the first update on the DOJ’s investigation into the Capitol riot in weeks, and outlined the department’s broader mission in the coming months to address the domestic extremism threat facing the country.

Carlin said the DOJ’s approach will primarily be informed by the comprehensive threat assessment examining domestic terrorism that President Joe Biden ordered be compiled by the Office of the Director of National Intelligence in coordination with other agencies. He said DOJ will issue updated guidance to agencies in the coming days that will help make sure DOJ’s national security division has insight and contacts with all cases that have a nexus to domestic terrorism or domestic violent extremism.

Weighing in on “horrific attacks” reported recently against members of the Asian American community, Carlin echoed the language in Friday morning’s DOJ press release, stating, “No one in America should fear violence, because of who they are, or what they believe period. And these types of attacks have no place in our society. We will not tolerate any form of domestic terrorism or hate-based violent extremism, and we are committed to putting a stop to it.”

The Justice Department on Friday issued a statement condemning attacks fueled by “bigotry and hatred” — saying in the past months it has trained “hundreds of federal prosecutors and law enforcement officers” to identify and prosecute hate crimes and other civil rights violations.

The statement from Pamela Karlan, the principal deputy assistant attorney general for DOJ’s civil rights division, doesn’t single out any specific minority group but comes as law enforcement around the country report spikes in violent attacks against Asian Americans.

“When a crime is motivated by animus based on race, religion, national origin, sex (including sexual orientation or gender identity), disability, or citizenship, it causes a ripple effect across a community,” Karlan said. “No one in the United States should live in fear of victimization because of who they are, how they worship, where they come from, or whom they love.”

A senior FBI official told reporters that the primary terrorism threat to the U.S. homeland remains the “lone offender,” including homegrown violent extremists and domestic violent extremists who are primarily radicalized online and plot to attack soft targets with readily available weapons. The FBI currently has open domestic terrorism investigations across all 56 of its field offices around the country, the official said.

The official noted that FBI “can never open an investigation based solely around protected First Amendment rights” and they “do not investigate ideology.”

The Department of Homeland Security on Thursday used FEMA grants to also tackle the domestic violent extremist threat in the United States.

While 2019 marked the deadliest year from the domestic violent extremist threat since the 1995 Oklahoma City bombing, the official said, 2020 was “unlike anything we’ve seen in decades” with the scale of violence around the country. Arrests were up from previous years of domestic terror subjects — with approximately 180 arrests at the federal, state and local levels in the 2020 fiscal year.

Three of the four fatal domestic terror attacks in 2020 were committed by individuals ascribing to an anti-government or anti-authority violent extremist ideology, and marked the first attack by an anarchic violent extremist in over 20 years, the official said.

The FBI is increasingly alarmed, the official said, about the current cyber realm in which domestic extremists are operating using encrypted applications and platforms — keeping out of investigators’ reach much of their communications even when they are able to secure court-approved warrants.

Asked about testimony this week on Capitol Hill addressing potential threats to Biden’s first joint address to Congress, the FBI official declined to confirm any specific intelligence but said more broadly the FBI was “watching very closely” for any reaction from extremists to the address.

“We have been worried that domestic violent extremists would react, not only to the results of an election that they might not see as favorable, but the transition of a government that they may question,” the official said. “So I think for the near future as we continue to go through that process — and I would view the first address to the nation part of that process — that we are watching very closely for any reaction from individuals that would show either intent to commit an attack or somebody that has already committed one.”