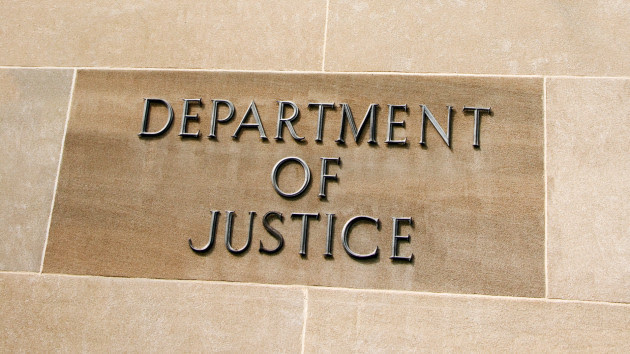 (WASHINGTON) — The Department of Justice has launched a preliminary review into classified documents found at the University of Pennsylvania’s Penn Biden Center in Washington, D.C., sources told ABC News.

In a statement, an attorney for President Joe Biden said his team first flagged the materials to both DOJ and the National Archives and Record Administration.

“The White House is cooperating with the National Archives and the Department of Justice regarding the discovery of what appear to be Obama-Biden Administration records, including a small number of documents with classified markings,” Richard Sauber, a special counsel to Biden, said in a statement.

Sauber said the documents were found on Nov. 2 and the National Archives was notified by the White House on the same day, then took possession of them on Nov. 3.

The documents were found by Biden’s personal attorneys while they were “packing files housed in a locked closet to prepare to vacate office space” at the Penn Biden Center, said Sauber, who noted “the documents were not the subject of any previous request or inquiry by the Archives.”

“Since that discovery, the President’s personal attorneys have cooperated with the Archives and the Department of Justice in a process to ensure that any Obama-Biden Administration records are appropriately in the possession of the Archives,” Sauber said.

Biden “periodically used this space from mid-2017 until the start of the 2020 campaign,” Sauber said.

The center operates independently from the administration, according to its website.

Sources said the matter seems to involve only a handful of documents.

Attorney General Merrick Garland has assigned U.S. Attorney for the Northern District of Illinois John Lausch with leading the review into how the documents ended up at the Penn Biden Center, a source familiar confirmed.

Lausch’s office did not immediately respond to a request for comment.

Former President Donald Trump is also being investigated for his handling of classified and sensitive government records. The FBI searched his Mar-a-Lago residence in Florida in August.

In that case, according to court records, federal authorities say a criminal referral was sent to them by the National Archives’ inspector general after 15 boxes were handed over by Trump’s team in 2022 that included “highly classified records” intermingled with otherwise innocuous documents.

The Justice Department has been investigating the violation of criminal statutes including obstruction of justice. Trump denies wrongdoing.