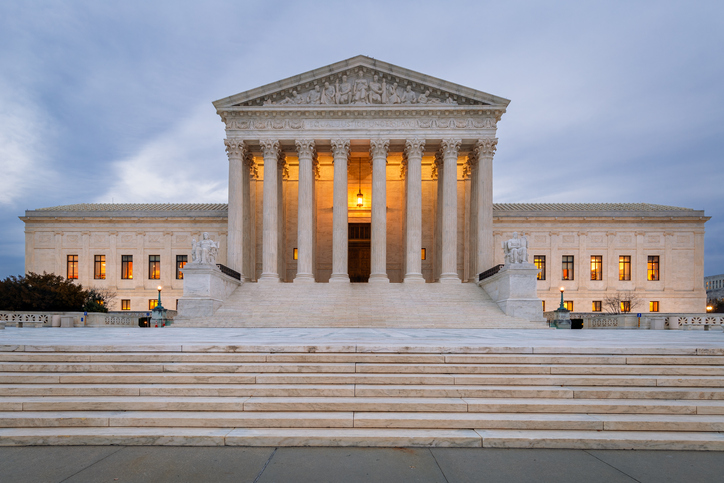 (WASHINGTON) — The Department of Justice on Tuesday urged the Supreme Court to avoid intervening in the government’s ongoing documents dispute with Donald Trump, asserting that the former president is not entitled to have the court put the materials before an independent arbiter.

Trump had asked the court to put more than 100 documents with classification markings back in the hands of the special master appointed to review the materials seized from Mar-a-Lago.

The DOJ said in their latest filing that Trump “has no plausible claims of ownership or privilege in the documents bearing classification markings” and said that he has never represented in court that he declassified any of the documents — “much less supported such a representation with competent evidence.”

A federal appeals court last month excluded those documents from the special master’s review and restored the government’s access to them as federal prosecutors decide whether any criminal charges are warranted.

“Most notably, applicant has not even attempted to explain how he is irreparably injured by the court of appeals’ partial stay, which simply prevents disclosure of the documents bearing classification markings in the special-master review during the pendency of the government’s expedited appeal,” the DOJ’s Tuesday filing stated.

The department said Trump “has no basis to demand special master review” of any classified documents.

Trump’s application was made to the Supreme Court’s Clarence Thomas, the justice for the 11th Circuit. Thomas could rule on his own or refer the matter to the full court.

In the next 48 hours, the Trump team will file a reply to the DOJ’s brief. Then the court could act at any time, though it has not yet shown any indication that it sees this issue as an “emergency” in the way that Trump does.