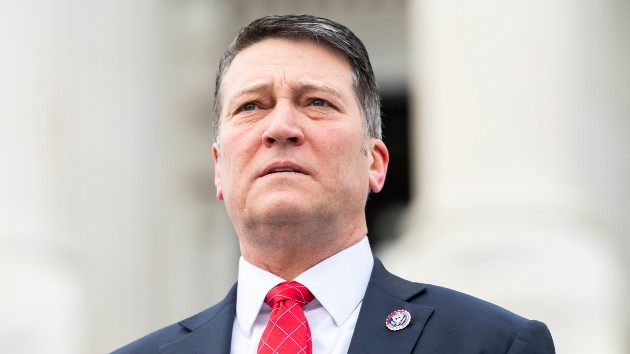 The Pentagon watchdog’s investigation into Jackson’s behavior in the White House Medical Unit stemmed from a referral from the Senate Veterans Affairs Committee in 2018, when Jackson was nominated by President Donald Trump to serve as secretary of the Department of Veterans Affairs.

The allegations about Jackson’s inappropriate conduct ultimately led Trump to withdraw Jackson’s nomination. He retired from the Navy in 2019, before winning a seat in Congress in 2020.

In a statement to ABC News, Jackson, R-Texas, denied the findings of the watchdog report, calling it a “political hit job” against him “because I have refused to turn my back on President Trump.”

The report zeroed in on two presidential trips Jackson made as Obama’s physician.

On a presidential trip to the Philippines in April 2014, several witnesses saw Jackson drink alcohol and make inappropriate comments about a female subordinate’s breasts.

Jackson was later seen banging on the door to the subordinate’s hotel room early the next morning, waking her up and saying, “I need you to come to my room.”

On an August 2015 trip to Bariloche, Argentina, Jackson was seen drinking by colleagues and “smelled of alcohol” when he was supposed to be on duty as Obama’s physician.

Several witnesses told investigators that Jackson told them he used Ambien, a drug used to treat insomnia that can impair users. White House Medical Office policy at the time prohibited the use of drugs “which can adversely impact the individual member’s duty performance.”

The report also found that Jackson created a hostile work environment: Of the 60 subordinates interviewed by the watchdog for the inquiry, 56 experienced, saw or heard Jackson “yelling, cursing or belittling” subordinates.

The Defense Department hotline received 12 complaints about Jackson’s behavior, that were investigated. Ultimately, the inspector general interviewed 78 witnesses and Jackson — who was instructed by the White House counsel’s office not to answer questions regarding events after he first became the presidential physician in July 2013.

The inspector general’s investigation was also limited by White House lawyers, with the watchdog determining that the White House’s insistence on having attorneys present for interviews with current medical office staff would have a “chilling effect” that would prevent them from receiving “accurate testimony.”

“I have not and will not ever conduct myself in a way that undermines the sincerity with which I take my oath to my country or my constituents,” Jackson said in his statement to ABC News, denying that he ever inappropriately drank on the job or harassed any colleagues or subordinates.