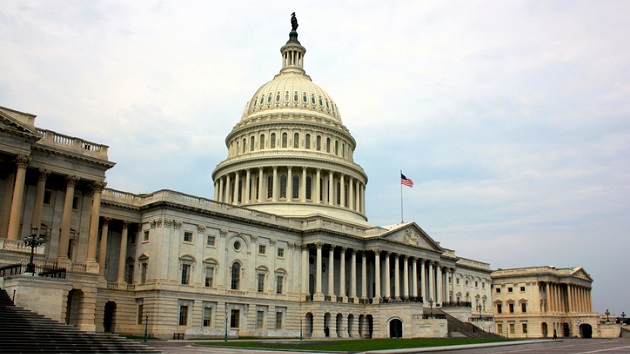 (WASHINGTON) — New details are emerging about how the House select committee investigating the Jan. 6 insurrection at the U.S. Capitol plans to begin presenting its findings to the American people this Thursday, June 9.

The prime-time hearing, kicking off at 8 p.m. EDT, will feature never-before-seen footage, including a dramatic 10-minute video, and witness testimony as lawmakers aim to explain what they say was a “coordinated, multi-step effort” to undermine democracy and overturn results of the 2020 presidential election.

It was revealed this week that the panel brought in a seasoned television executive, former ABC News President James Goldston, to help produce the hearing and capture public attention after nearly a year’s worth of work conducted behind the scenes, a development first reported by Axios and confirmed to ABC News by congressional sources. Goldston, who left ABC News last year, started working with the committee several weeks ago.

One of the witnesses planned for Thursday’s hearing is documentary filmmaker Nick Quested, who was embedded with the extremist far-right group the Proud Boys during the assault on the Capitol, ABC News Chief Washington Correspondent Jonathan Karl reported.

The hearing will be the first time Quested shares his story publicly. Lawmakers are also expected to air material captured by Quested and his crew. While his documentary has not been released, some of his footage has been used in a Department of Justice case related to Jan. 6.

Earlier this week, Proud Boys chairman Enrique Tarrio and four other members were indicted on seditious conspiracy charges. They all were previously indicted on less serious conspiracy charges related to their involvement in what transpired on Jan. 6. All previously pleaded not guilty and there is a hearing scheduled in their case for later this week.

Another expected witness is Capitol Police officer Caroline Edwards, who suffered a head injury in the attack. She told ABC News last October that she was still struggling months after the incident.

“You kind of have this, this guilt of like, ‘Am I, am I making this up?’ — because I can’t tell you know I can’t show in a tangible way that I’m injured, but you know I really have to tell people I’m not feeling good today,” Edwards said.

The Jan. 6 committee’s presentation will be the culmination of more than 11 months of work including more than 1,000 interviews and over 140,000 documents.

The panel — including seven Democrats and two Republicans — has talked to Donald Trump Jr, Ivanka Trump, Jared Kushner as they investigate former President Donald Trump’s role in efforts to subvert the election outcome. Trump has consistently attacked the panel, calling it the “Unselect Committee.”

Most major news networks are expected to carry Thursday’s hearing live in their prime-time slot, with the exception of Fox News.

Instead, Fox Business will be covering the hearings live, with Bret Baier and Martha MacCallum as anchors. Local Fox affiliates around the country, the Fox website and Fox Nation app will also be able to air the Fox Business feed.

The Jan. 6 committee’s second hearing is slated for June 13 at 10:00 a.m. The dates of the other hearings have not been released.

The committee has set a fall deadline to share its complete findings, a release that would coincide with the 2022 midterm elections.

The committee can refer cases for prosecution, but only the Justice Department can decide whether to file any charges.