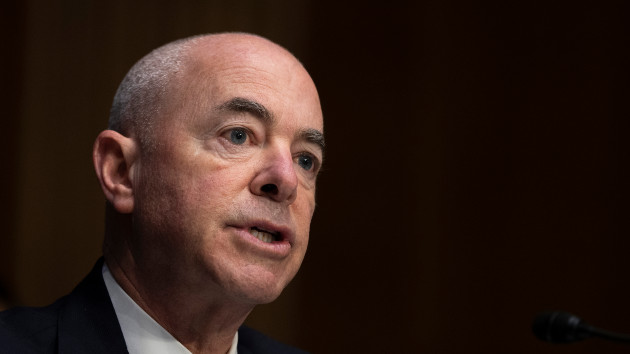 (WASHINGTON) — Homeland Security Secretary Alejandro Mayorkas on Wednesday is expected to get grilled by lawmakers about how the Biden administration is handling the growing problem of immigration at the U.S.-Mexico border.

On Monday, a federal judge in Louisiana briefly paused the rollback of Title 42 — the Trump-era policy that allowed migrants seeking asylum along the southern border to be expelled under the public health emergency authority of the Centers for Disease Control and Prevention — in order to stop the spread of COVID-19.

The CDC rescinded the policy earlier this month, and it was expected to be phased out by May 23.

Judge Robert Summerhays said he intends to issue a temporary restraining order in the case if the Justice Department and Arizona, Missouri and Louisiana, the three states that sued to pause the rollback, can come to an agreement.

“When the Title 42 public health order is lifted, we anticipate migration levels will increase, as smugglers will seek to take advantage of and profit from vulnerable migrants,” Mayorkas wrote in a memo titled, “DHS Plan for Southwest Border Security and Preparedness.”

DHS officials told reporters in March they could expect to see at least 18,000 migrants along the southern border per day, when Title 42 gets lifted.

Mayorkas has stressed Title 42 is not an immigration policy, but rather born out of the public health crisis.

Part of the border plan outlined in the memo, obtained by ABC News, is surging resources to the border, increasing processing efficiency and increasing non-government organizations to receive non-citizens after they’ve been processed by CBP.

“We inherited an immigration system from the prior administration that had been studiously dismantled and so was unprepared to meet the challenges posed by the high numbers of non citizens arriving at our borders today,” according to a Senior Administration official who briefed reporters on Tuesday.

In addition to the two hearings on Wednesday, Mayorkas will go in front of the House Judiciary Committee on Thursday.

Last week, Rep. Jim Jordan, an Ohio Republican, wrote to Mayorkas in anticipation of his hearing.