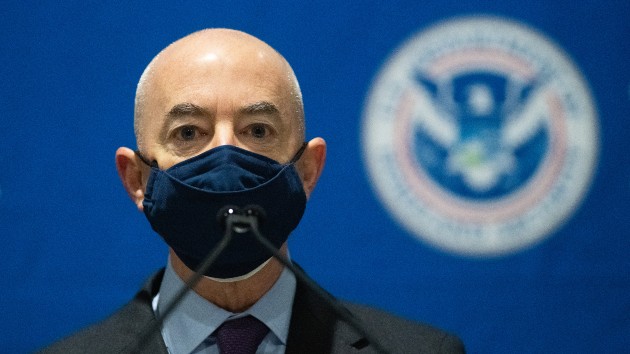 Mayorkas said he will compile a working group which will provide a “comprehensive review of how to best prevent, detect, and respond to threats related to domestic violent extremism within DHS.”

“Given the evolving threat landscape and the grave risks posed by domestic violent extremism, including to our employees and operations, I have directed the Department to immediately begin a review of how to best prevent, detect, and respond to domestic violent extremism threats within DHS,” the letter reads. “The team managing this internal effort, led by our Chief Security Officer, will report back to me with its recommendations.”

Mayorkas said people from the department will discuss their plans to move forward in the coming days.

“We will not allow hateful acts or violent extremism to penetrate the fabric of our Department and fundamentally compromise our ability to protect the Homeland,” Mayorkas wrote.

The DHS is comprised of more than 240,000 employees spanning multiple agencies including FEMA, the Secret Service and the Coast Guard.

Hasson was arrested in the parking lot of the U.S. Coast Guard Headquarters, according to authorities.

According to court documents, Hasson was described as someone who had “espoused extremist views for years.”

In a draft email from June 2017 he allegedly wrote, “I am dreaming of a way to kill almost every last person on the earth. I think a plague would be most successful but how do I acquire the needed/ Spanish flu, botulism, anthrax not sure yet but will find something.”

He was found to have been studying the writings of previous domestic terrorists and was particularly interested in that of Anders Behring Breivik, a Norwegian terrorist who killed 77 people in 2011, prosecutors alleged.

Hasson was sentenced to 160 months in prison last year.

Some in GOP ‘very concerned about the damage’ Trump does if he launches 2024 bid before midterms: Hogan